The video runs for an hour and forty minutes and is narrated by Mark Nicholas.

The Ashes 2005 is remembered as the most exciting and memorable Ashes series in recent history. A documentary on the entire series, complete with interviews and analyses with Simon Hughes, Michael Vaughan, Shane Warne, Mike Atherton, Stephen Fry, and others, and narrated by Mark Nicholas, running an hour and forty minutes, is provided named, ‘Ashes Fever’. Nicholas spikes the interest at the start of the video by saying, ‘Summer 2005. England. In the grip of a highly contagious virus. It’s arrived from abroad. And millions get the bug. The symptoms — tension, dizziness, anxiety, and joy.’ Although the first Test ended in a tame loss for the home side, the indications from a few passages of play in the Test suggested England had the hunger to hurt Australia, to whom they had not won for 18 years. VIDEO: The ‘hidden’ Ashes 2005

Glenn McGrath, the leader of Australia’s pace attack who hurt England’s batting line-up in that first Test at Lord’s, hurt his ankle in training on the morning of the second Test, at Edgbaston. It turned out to be the turning point of the series, as England started dominating the contests thereon. The second Test was won by two runs by England, the closest Ashes Test of all time, the third Test at Old Trafford was a tight draw as Australia’s last pair resisted to save defeat, the fifth Test was won narrowly by three wickets by England, before the final drawn Test remembered for Kein Pietersen’s fierce onslaught against a rampant Brett Lee. Ashes 2005: Kevin Pietersen rips apart Australia to win England the urn after 18 years

The England team was felicitated in an open-top bus, as cricket surged in popularity in Britain after years of relegation to cold storage. Australia took revenge of this loss with a 5-0 whitewash of England in 2006-07. The documentary tells a comprehensive story of what transpired in those exciting weeks in various parts of England, to help the home team rewrite history. 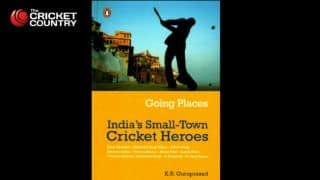 Of bats, balls and dreams of eleven Indian cricketers