Ish Sodhi and Tom Blundell were the fresh picks in the Black Caps' 15-man squad for England.

New Zealand on Wednesday became the first team to name their 2019 ICC Cricket World Cup squad, with Ish Sodhi and Tom Blundell the two fresh faces in the 15-man pool.

Here are the talking points from New Zealand’s squad announcement:

Nicholls gets nod as opener

One of the major reasons for New Zealand s 1-4 defeat to India this year was that their openers failed to manage one decent partnership. The Black Caps tried three different pairs during the series but none delivered; the best stand was 23 between Martin Guptill and Colin Munro in the second ODI being their best start.

When Munro was dropped, Henry Nicholls was bumped up from the middle order and made 30* and 8. The management saw something in him and persisted, and during the series against Bangladesh Nicholls scored 53 and 14 in his two chances as opener. (READ: Who is uncapped Tom Blundell?)

And while an ODI batting average of 35 as opener is not spectacular, the left-hander has won the selectors’ faith and looks set to reprise his role in England.

Jimmy Neesham and Colin de Grandhomme are the two seam-bowling allrounders, and fitness provided the pair look set to play a lot of games in England. Their explosive batting adds depth to the middle order and both are partnership-breakers with their pace.

While de Grandhomme has got just three innings in ODIs this year, Neesham has made an impact in almost each game he’s played. In five innings since he returned to New Zealand’s ODI squad in January, Neesham has 204 runs at a strike-rate of 182.14 – which includes six sixes in an over on comeback – and claimed 10 wickets at 22.90 with an economy rate of 5.38. (READ: New Zealand pick Tom Blundell, Ish Sodhi for World Cup)

Mitchell Santner, the left-arm spinner who made a return in January after reconstructive surgery in March 2018, is a handy player to have and his spin could prove vital in England in the latter half of the World Cup as the pitches flatten out.

Sodhi had a good ODI series against Sri Lanka in January, taking eight wickets in the 3-0 sweep at home. His economy was 5.16, a big plus, and he claimed significant wickets too. Against India after that, he had wicketless outings of 0/43 and 0/73 in 20 overs and lost his place. Now he’s back, having displaced Todd Astle from New Zealand’s World Cup plans. (READ: Gary Stead quashes talk of Kane Williamson arm-twisting in World Cup squad)

In the last five years in ODIs played in England, legspinner Adil Rashid is the most successful bowler with 69 wickets from 40 games. India regularly play two wrist-spinners in Kuldeep Yadav and Yuzvendra Chahal. Pakistan’s Shadab Khan was outstanding in his team’s Champions Trophy victory in in England in 2017.

New Zealand look to believe in legspin, and adding Sodhi gives them an attacking option.

Munro’s erratic ODI form was a point of concern for New Zealand earlier this year, and when he lost his place as opener to Nicholls it seemed his World Cup chances were dashed.

He has been retained, perhaps keeping in mind his explosive potential and the handy seam-up option he gives the team.

Pace is the way

New Zealand have always relied on their fast bowlers in ODIs, particularly at World Cups. And so it is no surprise that four specialist pacers feature, with the allrounders Neesham and de Grandhomme as well. In Tim Southee, Trent Boult, Matt Henry and Lockie Ferguson the Black Caps have three fast men capable of doing damage in England.

Of the four, Ferguson is the most aggressive and his bouncers have proven unsettling. Boult was the joint highest wicket-taker at the 2015 World Cup and his left-arm pace is always a threat, as India found out earlier this year.

Henry may find it tough to break into New Zealand’s XI at the World Cup, but the fact that he took wickets by the truckloads in England last season for Kent could work in his favour.

How did Blundell bolt into the squad?

The 28-year-old Wellington wicketkeeper-batsman leapfrogged Tim Seifert to be named in the Black Caps’s World Cup squad, despite having never played an ODI.

Blundell appears to be the beneficiary of an untimely injury niggle to Tim Seifert, who kept wickets in limited-overs games for New Zealand this year when Tom Latham was rested. This has given Blundell a chance in New Zealand s World Cup squad, despite the fact that since February 2018 he has played a solitary List A game. 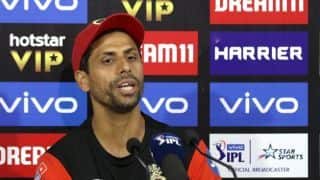 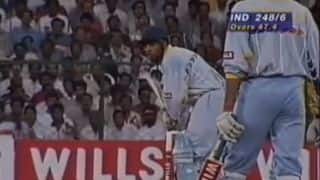