Watling, during his innings, looked in complete composure and control over the bowling.

BJ Watling was the second fiddle in the marathon partnership with Brendon McCullum for New Zealand against India in the second Test. McCullum broke many records along the way, but the duo shared a world record stand for the sixth wicket. Watling looked hardly troubled by the Indian bowlers in the second innings as he helped New Zealand to a commanding position. Shrikant Shankar feels Watling showed that he has the skills and temperament to do well in Test cricket.

Brendon McCullum was imperious in his unbeaten innings of 281 against India in the second Test in Wellington. He broke several records along the way and is set to become the first New Zealand batsman to score a triple century. McCullum was involved in another impressive record during the course of his innings. He shared a world-record 352 runs for the sixth-wicket with BJ Watling. They broke the record set by Mahela Jayawardene and Prasanna Jayawardene. The Sri Lankan pair added 351 runs against India at Ahmedabad in 2009.

Watling contributed 124 runs in the marathon partnership with McCullum, who scored 210 runs. Watling took 367 deliveries to score his runs with a strike-rate of 33.78. He struck 13 fours in his innings. This was Watling s third century in 21 Test matches. The New Zealand wicketkeeper-batsman showed a solid defensive technique and put away the loose deliveries in his innings. He does not have the extravagant strokes that McCullum possesses, but he displayed extraordinary resilience and temperament during the duration of his innings.

He came in at a time when New Zealand were at 94 for five. New Zealand were trailing India by 152 runs and looked like they could lose by an innings. India helped New Zealand along the way as Virat Kohli dropped McCullum on nine at short mid-on and Ishant Sharma dropped him of his own bowling on 36. After that, both McCullum and Watling gave no inch away en route to their record partnership. Watling was undeterred by the situation and slowly chipped away at the deficit. The Indian bowlers did not bowl all that badly, but Watling frustrated them throughout.

Watling scored the run that got him and McCullum the world record. But soon after, Watling was dismissed by Mohammed Shami just after tea on Day Four. It was the third new ball that did the trick as he played a tired defensive shot to an incoming delivery from the Indian seamer. There was a relief when he got out, but New Zealand were leading by 200 runs at the time. New Zealand did not lose any further wickets as McCullum and James Neesham added 125 runs till the close of play. New Zealand lead by 325 runs at stumps. This innings from Watling goes a long way in defining him as a Test batsman.

The unassuming wicketkeeper-batsman now has three centuries at an average of 35.22. He has also scored six half-centuries. Watling does not have the greatest of strike-rates at 43.17. But New Zealand are a team that have struggled to score a lot of runs in Tests. They rely heavily on McCullum, Ross Taylor and Kane Williamson to get them the big runs. But if Watling shows similar composure and temperament in the future, he is sure to be another batsman New Zealand can bank on. His innings also came under heavy pressure, so, this will do his confidence a world of good.

He has certainly proved that he is cut out for Test cricket as a wicketkeeper-batsman. Watling has the skills to back him up as well. One can expect greater things from him in the future for New Zealand. 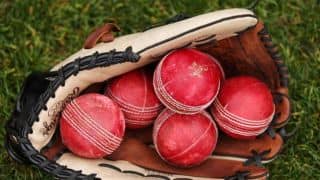 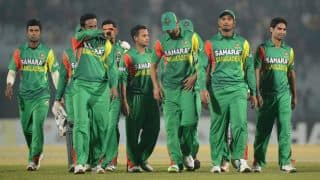