The purpose of this piece is to quash the rumour that Kapil Dev, Imran Khan, Ian Botham, Dennis Lillee, and Lance Gibbs had never bowled a no-ball in their international careers.

Data is the most potent tool available to researchers. Unfortunately, data can also be dangerous, since most of us tend to believe whatever is thrust on our faces. Thus, if one wants to establish credentials of his heroes, what better way is there than to make up random data and use the power of the internet to misguide innocent readers? Fact-checking, whether due to lack of resources or intent, doesn’t come naturally to the casual reader, and you cannot blame them: who has the time?

One of the pieces doing rounds on the internet is a list of “five bowlers who have never bowled a no-ball in their lives”. Lance Gibbs, Dennis Lillee, Imran Khan, Kapil Dev, and Ian Botham  were all outstanding bowlers. They are all former cricketers. So why not add another shade to their image, misinforming the audience that they had never bowled a no-ball in their careers?

Funnily, numerous websites have published this, with exactly the same quintet. A Google search actually left me quite confused: did I know it right? Why are so many sites featuring an erroneous list? But, then, I had gone through this exercise before, with Michael Holding and Joel Garner…

I had known the list was wrong the moment I read it, for I was aware that Kapil had bowled a no-ball in the first over he bowled in Test cricket. There are other instances, as available on scorecards, but what can be better than a video example?

I had one counterexample at this point. That was enough to disprove the claim. However, I was keen on checking whether the others had overstepped as well: getting all five right would be an achievement.

Imran was also easy to check. His last international match was the 1992 World Cup final, where the scorecard has a neat ‘1’ under the NB column against his name. That left me with three — Gibbs, Lillee, and Botham.

Wounded Tigers, Peter Oborne’s seminal book on Pakistan  cricket, provided me with one: “Shakoor Rana had stood in fourteen Tests … Three had produced controversies. In his very first Test, the West Indian Lance Gibbs made a rude protest against his no-ball call (Gibbs was a veteran off-spinner with a model action, who had almost never been no-balled).”

The Test Oborne was referring to was at Gaddafi Stadium, Lahore, in 1974-75.

Botham happened pretty easily, too. This is from Simon Wilde’s biography of Botham: “After [Alan] Whitehead had turned down an lbw appeal against Greg Ritchie, Botham’s response had been to try to bounce out the opponent. When Ritchie was then caught in the deep off a delivery which Whitehead called a no-ball Botham — who rarely bowled no-balls — lost his temper.”

It is clear that Botham had been called. I did a few random checks in newspapers, and found at least one instance in the scorecard on page 22 of The Canberra Times of September 3, 1985. Botham bowled 2 no-balls on the last day of the 1985 Ashes Test.

I knew Lillee was going to be difficult (at least I had got four bowlers out of five). Lillee was almost scared of bowling no-balls. Indeed, he wrote in his autobiography Menace: “One area of the game I’m very hot on is no balls, and I’m sure some sort of Cyclops could be used to check a bowler’s feet placement … No balling is a particular bugbear of mine when I’m coaching.”

Lillee even recommended using an automated beeper (in the nets, of course) for several reasons, one of them being “the bowler will know and be embarrassed if he continues to do it.”

Surely Lillee was going to be a challenge. I had no option but to scavenge through newspapers. One of the problems I faced was that while innings extras are typically recorded, the same does not hold for the number of wides and no-balls for every bowler. So I was forced to check the match reports till I found what I was looking for, on Page 36 of The Canberra Times, dated July 15, 1972, a report of the Ashes Test at Trent Bridge.

Australia, 249 for 6 overnight, were bowled out for 315 just before lunch on Day Two, leaving England  time to face 2 overs. Lillee bowled the first over. Here is the report: “Lillee bowled a no-ball on his first delivery in the England innings but beat [Brian] Luckhurst outside the off-stump with his slower ball which reared off the last delivery of his opening over.”

There were others instances too. “After bowling a no-ball with the first delivery of the match…” against Leeward Islands on February 26, 1973; a “1 nb” entry next to his name in a Sheffield Shield match against Queensland on March 10, 1984; and others. Charles Davis, that doyen of cricket statisticians, mentions Lillee even bowling a 12-ball over against India  at Melbourne in 1980-81.

The point, however, has been made. All five men were legends of the sport. Barring Imran, at some point they were all among the leading wicket-takers in the world — but Imran missed several matches, and played as a specialist batsman towards the end of his career. 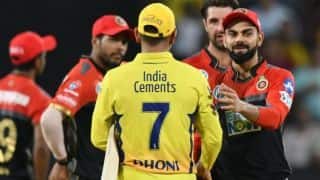