Cricket commentary needs to be more than flashing a famous face, mouthing clichés and talking of ‘our days’

Cricket commentary needs to be more than flashing a famous face, mouthing clichés and talking of ‘our days

Perhaps commentators should be provided with cheat-sheet, in order to make them aware that the game was actually played before their debut and after their retirement.

The game of cricket has a much broader landscape than the span of a commentator’s career. It is important for the broadcaster to remember that. And it is also part of his job to learn some names like Sydney Barnes and Jack Hobbs, writes Arunabha Sengupta.

A Study in Contrasts

The young Michael Vaughan was trying his hand at some spirited, but endearingly limited, off-breaks. The innocuous offerings were being milked by the batsmen. And suddenly through the stump microphone one heard the droll voice of Alec Stewart calling the Yorkshireman, “JC Laker.” It was hilarious. READ: Commentators in cricket history – 1: Alan McGilvray – Voice of the game in Australia

On cue, the television team splashed the legendary Jim Laker’s career statistics on the screen. Of course there was the 10 for 53 and 19 for 90 at The Old Trafford. And Richie Benaud wryly remarked that he remembered those 19 wickets. He had been one of the victims.

That was one of the very, very few occasions that the ace broadcaster used the first person pronoun during commentary. Otherwise he eschewed the ‘I’ bit completely. Even in his eighties, he refused to dwell on his own Test match days that saw him capture 248 wickets alongside the collection of 2,201 runs; two-times the double — nearly unheard of in his days. He was also one of the most successful captains of Australia, but one could hardly ever learn that from his words. READ: Commentators in cricket history – 2: BBC’s Howard Marshall

He had trained himself rigorously in the art of broadcasting. One of the strictest rules for him was to remember that the game was much more than one’s personal experiences on the field, however great they might have been. The action was real, immediate, and the personal experience was to be transformed into wisdom and insight.

Besides, the canvas of cricket is an enormous one, with the fascinating landscape littered with an incredible number of legends and their feats across various periods and eras. Concentrating on one’s personal window of time is akin to being dangerously drunk on self-importance. Even a man of Benaud’s cricketing credentials realised this. READ: Commentators in cricket history – 3: Rex Alston

Unfortunately, this is one of the many elements of Benaud’s masterclass that have gone blissfully unnoticed by several of the modern commentators. And, to be brutally honest, this incredible lack of self-effacing skills is grotesquely prevalent the subcontinent.

Perhaps it is the celebrity culture and “look! There’s the guy on TV!” madness of this part of the world that breeds this absolute complacency. In television shows and other media outlets celebrities from different fields, with no inkling of the topic of discussion, shout themselves hoarse and bombard the public with their views. READ: Commentators in cricket history – 4: John Arlott – the master

Former cricketers, in contrast, are not only mere celebrities: they have also played the game. Thus, flashing their faces and reminding everyone of their days cricketing days may actually take on the illusion of meaningful commentary to them.

Thus, even when a Benaud refers to his career only to mention that he was one of Laker’s 19 victims at Old Trafford, we tend to hear the story of a regular opener walking in at 0 for 2 some 20,000 times. READ: Commentators in cricket history – 5: Brian Johnston – Legend, laughter

Worse still, by the time the commentary team is done discussing a great spell by an Indian pace bowler towards the end of the last century, every listener knows by heart that it was also the last Test of a former batsman, who averaged somewhere between the mid- and late-30s with the bat.

Former cricketers of every stature are too caught up in the small window of time that overlooks their own days in the sun. READ: Commentators in cricket history – 6: EW “Jim” Swanton – The old reliable

Of course, the difference in grooming is glaringly conspicuous. Right after the 1956 tour, in which Laker wreaked havoc at Old Trafford, Benaud, still to reach his peak as a cricketer, stayed back in London to take a training course on radio presentation from BBC. The nuances of broadcasting were absorbed, perfected over time, and by the time he did move into the commentary box, he was the finished and perfected voice of cricket — as opposed to the jarring sound of self-importance.

In contrast, the modern-day commentator seems to be groomed for the job through a crash course on clichés. READ: Commentators in cricket history – 7: Robert Hudson – the art of being prepared

A few minutes after Shikhar Dhawan had bagged his pair in the recent Mohali Test, the same ground where he had struck that magnificent 187 on debut, CricketCountry’s Chief Editor Abhishek Mukherjee expressed genuine surprise that there had been no comment from the broadcasters on what a great leveller cricket was. He did not have to wait too long. Soon we heard almost the exact same expression: “What a great leveller the game is.” So incredibly predictable. And, I should add as a corollary, so incredibly mediocre.

Of Hobbs and Barnes and #atishoo

But, then, why should the commentators bother? The celebrity culture being what it is, even if one of them tweets, “I sneezed as I was entering the commentary box #atishoo” it is sure to be re-tweeted 200 times and favorited by another 150 more. An accompanying picture of the commentator blowing his nose will multiply the shares exponentially. All that will take place before one can say ‘Jack Robinson’. Or ‘Jack Hobbs’ for that matter. READ: Commentators in cricket history 8: Alan Gibson’s genius and other demons

In fact, saying Jack Hobbs is not as easy as it sounds, at least for some of the current broadcasters. To some enthusiasts who dote on the history of the game it is painful to hear a cricket commentator on television reading out the name of Hobbs from an on-screen graphic, making it perfectly clear that this is the first time the name has rolled off his tongue.

Mind you, if not perfectly okay, it is quite understandable for a double century hammering Virender Sehwag to ask, “Who is Vinoo Mankad?” After all, as a cricketer he is paid to score runs, not read up the history of the game.

However, the role of the commentator is hugely different. A few, thankfully, do understand that. According to MCC Librarian Neil Robinson, people like Mike Atherton are regular visitors to the Lord’s library. After they move on to a media career, some do realise that there is a lot more to the game than what they experienced in the middle. It pays to read up. READ: 7 instances when commentators got a bit too carried away

But such awareness is unfortunately at a premium where ‘flash a famous face and mouth clichés’ is the way to go.

Hence one cringes when the list of bowlers quickest to 150 Test wickets is displayed on the screen and one can hear the commentator desperately trying to figure out how to pronounce ‘SF Barnes’, with obviously little clue whether SF stands for Sydney Francis, San Francisco, Science Fiction or just Short Form.

Mind you, it is vastly different from Stewart saying ‘JC Laker.’ That was deliberate and witty. This is apathetic and option-less. READ: The birth of ball-by-ball cricket commentary on BBC

It is perhaps still understandable when in Idols Sunil Gavaskar refers to the great Australian leggie as Clarrie V Grimmett. It is not technically wrong, just that people referred to him as Clarrie Grimmett or CV Grimmett or ‘Grum’ or ‘Gnome’ or ‘Gram’ or ‘Fox’ or ‘Scarlet’, never Clarrie V Grimmett. However, Gavaskar was still an active cricketer when he wrote the book and had at least gone to the trouble of finding the first and last names and the middle initial.

But commentators who are paid, and lavishly at that, to talk about the game, to guide and enlighten the fans, are expected to know about Barnes, arguably the greatest bowler of all time, and Hobbs, one of the greatest batsmen ever — both certainly among the top ten in their respective departments, or even higher. READ: JW McKenzie Cricket Books: The only cricket bookshop in the world

Not knowing such supreme names as a commentator is callousness. To make things worse, there is a distinct lack of awareness that such rudimentary knowledge is indeed expected of them. Sometimes, curious convoluted attempts at humour — of the form: ‘Hey, I actually knew that fact … come on tell me something I don’t know’ — hints at a certain amount of misguided disdain at the very idea of cramming up such details. It seems to be beneath the dignity of someone who has played the game, to whatever extent it might have been.

Mind you, the affliction may be at its worst here, but it is not certainly limited to this part of the world. Even Benaud’s modern day countrymen, the celebrated stars of the just-retired brigade, tend to treat the commentary box as an old boys’ club, referring to each other by nicknames exclusive to their circle, still intoxicated by the fascinating anecdotes of their own days in the field. READ: Dickie Bird: The superstar among umpires

Healthy disregard for events other than what took place in their own days is not only a hindrance in the way of informing viewers about the past of the game. It is also prone to evaluating a situation based on parameters offset because of viewing through one’s own window in time.

There comes with it the refusal to accept that the variables, equation and the game itself do change with time, have been doing so ever since the dawn of cricket. Refusal to accept that there are combinations of special factors that might not have graced the matches they themselves played in, but are nevertheless very much parts of the game.

Hence the smug recommendations from the comfort of air-conditioned box may be totally out of place under the baking sun of the day. A few, like Rahul Dravid and VVS Laxman, are, thankfully, aware of that. Not too many are. READ: The standard of commentary has gone down all over the world: Chishty Mujahid

In the late 1930s, pioneering radio commentator Howard Marshall, along with BBC Director Seymour de Lotbinière, drafted a set of guidelines for broadcasting cricket matches …instructions that were refined by men like John Arlott, Peter Baxter and Jim Swanton, and were diligently adhered to by the team that down the line became Test Match Special.

One perhaps cannot expect that sort of rigour in the age of ‘click and thou shalt find’. However, perhaps the commentators should be provided with something like ‘a history of cricket in 15 sentences’ cheat-sheet, in order to make them aware that the game was actually played before their debut and after their retirement. And also to drive home that SF ‘Sydney’ Barnes (pronunciation) was one of the greatest bowlers of all time, and Jack Hobbs one of the greatest batsmen. READ: Is cricket commentary a dying art? 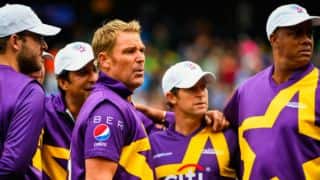 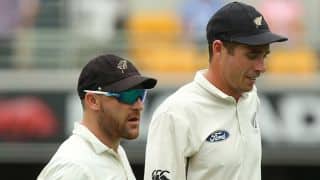