England today are vaguely reminiscent of the team they were in 2009.

As the Ashes draws closer, Ankur Dhawan analyses what underdogs England need to do in their bid to regain the urn against a young Australian side, fresh from a World Cup triumph and opines that doctoring pitches might be their best bet.

“Ashes to Ashes, dust to dust, if McGrath can’t get you, Warne must”, the words came out of the wardrobe like a prophecy. England were bruised, battered and beaten for a lifetime. But life’s ebb and flow often transpires in a circular motion, as it is with the arrival and exit of great players, who often depart leaving a void filled only by time. READ: Resting Anderson, Broad, Bell and others for ODI series against NZ can work in Eng’s favour ahead of The Ashes 2015

England today are vaguely reminiscent of the team they were in 2009. Peter Moores and Kevin Pietersen had made their exit, Andrew Strauss had taken over the reins in tandem with Andy Flower: it’s hard not to romanticise things. England will look to Strauss for an encore, except that this time Australia is on the rise. An Australian team on the rampage is the scariest proposition in the world for a side that’s merely rebuilding.

Granted, Joe Root is scoring runs by the bucket, there is a lot more to Ben Stokes than his suave good looks and Alastair Cook is batting like a champion once again. But James Anderson and Stuart Broad are still the most overused bowlers in Test cricket for over three years. They have already played five Test matches this season and will play a few more One-Day Internationals (ODI). While England don’t boast of a spinner in the league of Graeme Swann, Moeen Ali has taken up the mantle with astounding distinction. READ: England can regain The Ashes despite series draw against New Zealand, says Alastair Cook

During the 2013 Ashes in England, the popular sentiment was that England were doctoring pitches to suit Swann, since Australia had a dearth of quality spin options and a predominantly left-handed batting order. The surfaces were generally dry and devoid of grass. One cannot imagine England playing the same cards with Nathan Lyon at Australia’s command, especially as England themselves have a plethora of left-handers this time around. The tables have turned, life’s ebb and flow transpires in circular motion.

But doctoring pitches still might be the only hope for England. Although doctoring is not the most appropriate word, considering that the inherent nature of wickets in England has changed since the installation of new drainage systems at most Test grounds which in recent times have rendered the task of preparing traditional English pitches impossible. Restoration is perhaps a more suitable description for pitches, which may require excessive watering and the grass uncut, underneath the hovercrafts. READ: Shane Watson unhappy with Kevin Pietersen’s Ashes axe

Australia have the hosts beaten on paper and in the mind. A dynamic batting line-up at the zenith of their power, a pace attack which has evolved beyond recognition, a spin bowler who has found his bearings in Test cricket, delivering match winning performances against India at home; all this constitutes dangerous artillery. The conditions could be England’s only ally in adversity.

Although Australian batsmen are high on confidence, they are all free-flowing stroke-players, who will be slightly susceptible on pitches that seam and hold up. While England, perhaps, have a better blend of blockers and flair players, so if the blockers can survive the new ball, it allows the free spirited souls to cash in. READ: Chris Rogers confirms retirement after Ashes 2015

It can be argued that preparing green tops will enhance the importance of winning the toss, but it is likely, given suitable conditions, James Anderson and co, who are primarily swing bowlers, should be better equipped to exploit archetypal English conditions. Their Australian counterparts thrive on quicker, bouncier surfaces, where intimidation, followed by the sucker ball thrown up, works like magic.

Softer, seaming pitches aren’t exactly tailor made for the styles of Mitchell Johnson, Mitchell Starc or even Josh Hazlewood, who all hit a back of a length. In England kissing the surface does wonders, ask Terry Alderman or Bhuvaneshwar Kumar.

David Warner and Steven Smith are linchpins of the Australian batting arsenal. Both discovered their inner prompting last Ashes and haven’t looked back since. Both play a slightly unconventional brand of cricket, which hasn’t always been hugely successful in English conditions of the yore. READ: Glenn Maxwell’s omission from Test squad a ‘tragedy’, says Rod Marsh

Take VirenderSehwag and VVS Laxman as benchmarks, both were prolific on the truer surfaces in Australia, but struggled to buy a run when the ball jagged of the surface in England. Denting Australia’s backbone in Warner and Smith is paramount for England, which may have a cascading effect on the rest of Australia’s batting in unfamiliar territory.

The old maxim goes, the opposition’s weakness is your greatest strength, England need to exploit every little chink to give the Aussies a run for their money this summer. Australia are stronger man for man, England are rebuilding. The most obvious indicator is their inconsistency. They’ve often been found wanting in crunch moments, a recipe for disaster in an Ashes environment. READ: Glenn McGrath feels Australia will win Ashes 2015 in England

While the likes of Root, Stokes and Jos Buttler are coming of age, a jaded pace attack, which falls pale in comparison to that of its Australian counterparts, a disadvantage on the spin front, and a captain who carries the burden of a five-zip hammering from the previous Ashes, make England massive underdogs to begin with. But that is exactly how Australia were perceived before they stalled four English careers in five Test matches in 2013-14.

(Ankur Dhawan, heavily influenced by dystopian novels, naturally has about 59 conspiracy theories for every moment in the game of cricket. On finding a direct link between his head and the tip of his fingers, he also writes about it.) 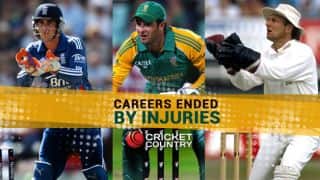 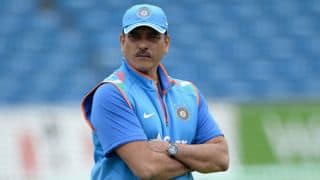