After crushing their opponent the opening game of World Cup, England have set the bar high and sent out a message - they mean business.

“We just wanted to get (started) into the tournament,” sighed Eoin Morgan.

After winning the opening game of their home World Cup in a convincing manner by 104 runs, you would think the skipper would have a smile writ large on his face. It wasn t the case, however. His demeanour, instead, was serious Morgan not only knew but also wanted to indicate to the gathered media personnel that the job had only just begun.

Of course, South Africa didn t play second fiddle, or atleast tried their best not to. Opening the bowling with leggie Imran Tahir was a brilliant move it rekindled memories of 1992, when New Zealand s Martin Crowe had used Dipak Patel in similar fashion.

That s where the parallels stop though 1992 s New Zealand blew away their opponents and finished top of the league table. Faf du Plessis, in comparison, might already be wondering what fate his Proteas will meet in the coming six weeks. Their performance was in keeping with how they have not been talked up coming into this tournament blowing hot and cold on the same day. They put in a superlative fielding performance, etched out wickets with regularity and then failed to back it up with the bat, the latter being an understatement given the margin of defeat.

Even so, to simply say that the Proteas collapsed under pressure would be a colossal lie. Truth told they were forced into submission by an English side intent on making a winning start to the most important tournament in its history. Make no mistake this was a statement of intent.

The build-up to this first game had almost been tiresome. Six preparatory ODIs, two more warm-ups, a thousand questions about squad composition, and then a few more about the exciting possibility of lifting this coveted trophy it was almost as if time had slowed down in the English dressing room. It wasn t expectations that they had to live up to, no.

They simply wanted to get on with it all the talking to stop, the starting ceremony to finish embarrassing them, the national anthems to be sung out, the nerves to be controlled. All of that and more was done with, when Tahir got rid of Jonny Bairstow in the first over. Joe Root then arrived at the crease and gulped down any pressure on his batting line-up.

English apathy and another encounter with Mike Atherton

This is his importance in a team replete with slam-bangers. Root drops anchor and lays down a platform his 106-run second-wicket partnership with Jason Roy ought to be the toast of the capacity Oval crowd. It allowed his fellow batsmen to come out and express themselves, devoid of any pressure. With South Africa etching out regular wickets, no one particular batsman went on to score a big hundred. And yet enough runs were stitched up thanks to that Root-Roy partnership.

We weren t really thinking about what target we wanted to set. The pitch wasn t easy to bat and they bowled really well, mixing up a lot of slower balls. At one stage we were thinking 270-290 would be a good total on this surface. To get 311 from there, I think we did really well, said Moeen Ali, after the game.

Ben Stokes takes the credit here, for he stayed put after Root, Roy and Morgan all got out. For some time now, the all-rounder hasn t had too many fluent innings. By luck or coincidence, perhaps his game was perfectly suited to this situation. As he held one end together, it reflected that this England line-up does have the wherewithal to buckle under, respect conditions/situations and derive a plan B if plan A (hit everything out of the park) isn t working.

300-plus on that wicket seemed a chase-able proposition. But for a South African batting line-up that thin, when faced with Jofra Archers pace, any possibility vaporised soon after. When was the last time Proteas batsmen hopped, skipped and jumped to short stuff in limited-overs cricket? By the time, Archer finished his first spell, Hashim Amla was injured, while Aiden Markram and du Plessis were both back in the hut.

England s one weakness coming into this tournament was their bowling attack. On Thursday, barring a short burst when Quinton de Kock and Rassie van de Dussen hit two sixes and two fours in quick succession, South Africa weren t allowed any breathing space, whether against pace or spin, or in the field, as Stokes ticked off catch of the tournament on day one itself.

Statement of intent, one said? No, this was England setting the bar high and sending out a message. They mean business. 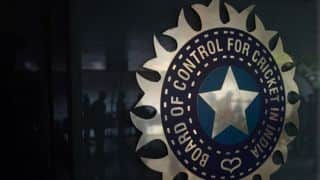