Hardik and his ilk need a little more hand holding and patience than other cricketers.

Disclaimer: Anyone reading this article shouldn’t get me wrong.

I am not suggesting even for once that Hardik Pandya should be given a ‘blank cheque’ for his utter stupidity.

Pandya was back in a blue jersey on Monday at Mount Maunganui doing what he is actually known for – getting the odd ball to rear up, stifling the run flow and also ensuring a wicket for Yuzvendra Chahal with an acrobatic catch. (READ MORE: 3rd ODI: India take series with seven-wicket win)

In his first game for India in any format since September, Pandya ticked most of the boxes and perhaps no one is happier than Virat Kohli who now stands vindicated.

Like it or, Hardik is by far India’s best available seamer allrounder at the moment. Taking nothing away from Vijay Shankar, he still has some distance to cover before he can even compete with Hardik for that elusive allrounder’s slot. (READ MORE: On ODI comeback, Pandya underlines bowling value)

First things first. Fast-medium allrounders are a rarity not just in India but worldwide. Sample this: Shankar didn’t even bowl half his quota of overs in the three matches that he played since his inclusion in India’s ODI team. And we have Hardik, someone who can bowl the full quota of overs more often than not just like he did during the third ODI in New Zealand. He can bowl in all the Powerplays and can be an attacking option.

The second part which is even more important is his big hitting abilities too is a much required asset in the current middle-order set-up. Having watched both Shankar and Hardik, as of now there is no comparison. This by no means is a reflection of Shankar’s potential. (READ MORE: Pandya will get you some impossible catches: Gavaskar)

He is more of a No 5 batsman who can bowl a few overs here and there. If you look closely at the India A series in New Zealand, Shankar was a big success with the bat and the bowling was a just a secondary option. On the basis of his batting, he made a comeback into the Indian team but he was never going to bat before No 7. That is a very crucial position during big chases, one which requires brute power to clear the boundaries at will. Hardik has that power in abundance and that’s what makes him special compared to Shankar.

At this point in time, Hardik fits the requirement like a glove to the hand. And the requirement is quite unique. I don’t think it is far far from the truth to say that Kuldeep Yadav, Chahal and Hardik complete each other and in turn, the India team. I knew this before this game too, but what I was looking at was his reaction on the field to all that has happened recently. Hardik’s ability to focus and channel his talent on the field impressed me more than his 2/45.

His demeanour on the field was worth noting. He acted as if nothing had happened. Trust me, it’s not easy. It’s difficult but essential to compartmentalise what you do on the field to what you are off the field. Hardik’s performance was an indicator of his ability to do so. (READ MORE: Controversy will help Pandya scale new heights in his career: Kohli)

There is a reason why the likes of Hardik are so rare. The expectations from them is humongous and so is the constant scrutiny amplified by social media. They are expected to bowl like a bowler and bat like a batsman. It’s a thankless job. No wonder the likes of Hardik have an eccentric streak in them, be it now or in the past.

More often than not, you’ll find them to be more instinctive, spontaneous, even reckless at times. They wear their hearts on their sleeves. Honestly, I wouldn’t change much. My experience tells me the eccentric streak is necessary to cope with the demands of being an allrounder. I’d rather have Hardik this way than be more calculative and cautious. We have a few examples of allrounders in the past who changed their attitude and that didn’t turn out well.

Having said that, Hardik has to realise there are also off-the-field demands from a sportspersons. They are role models for many and we live in a ‘Big Brother ‘ world. We have to take responsibility of our actions and words. I hope this incident has driven that point home.

Hardik and his ilk need a little more hand holding and patience than the others. At the end of the day, the onus will be on Hardik to fulfil his potential but if he falls by the wayside, the system too won’t be able to absolve itself of its responsibility completely . 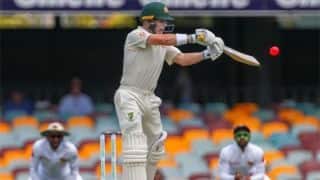