In Irfan, SRH get a genuine bowling all-rounder, not just someone who can swing his bat.

Sunrisers Hyderabad (SRH) began their Indian Premier League (IPL) 2014 campaign with a loss against Rajasthan Royals. It was a low-scoring match but they made a good effort to push it till the last over. Hyderabad have a good mix of players but did not utilize the all-round abilities of Irfan Pathan. Shrikant Shankar believes the forgotten man of Indian cricket should be playing in the Sunrisers Hyderabad XI.

Irfan Pathan is a quality player. Everyone knows about his entry into the international game and how he was the next big thing in Indian cricket. A lot has happened since then. He has made numerous comebacks and been dropped several times. But one does not lose their talent. Irfan may not be at his top level, but he still is a good player. He is a genuine new-ball bowler and a very good lower-order batsman. He is not exceptional in the field, but reliable.

In a team like Sunrisers Hyderabad (SRH), Irfan’s abilities could be tested in a good way. He was not picke to play in Hyderabad’s first match of IPL 7 against Rajasthan Royals (RR). While the Sunrisers have some explosive batsmen like Aaron Finch, David Warner, captain Shikhar Dhawan and Darren Sammy, they only managed 133 for six.

Their bowlers did well but could not stop Rajasthan from winning the match in the last over by four wickets. Hyderabad have the world’s best bowler in Dale Steyn and the effective Amit Mishra. Bhuvneshwar Kumar and Ishant Sharma made up the strike-bowling attack against Rajasthan. But on most occasions, defending a low score in T20 cricket is difficult. Hyderabad’s lower-order lost their way in the first match and that is where Irfan can help the team.

Bowling wise, Sunrisers were good. But in Irfan they get a genuine bowling all-rounder, not someone who can swing his bat occasionally and get the odd runs. Irfan, like others, can get out first ball. But this is about the team and the top-order having the belief that even if they fail, there are good batsmen down the order to score some runs. Belief is something that is paramount in all walks of life and cricket is no different. One paper, Sunrisers have a strong unit. They are actually spoilt for choices.

If there is any swing available, then he is as good as any Indian bowler to make full use of those conditions. Bhuvneshwar is another who swings the ball, but he genuinely lacks pace. Ishant is a hit-n-miss. Steyn cannot be expected to shoulder the burden of the pace attack always. Besides, this tournament is supposed to be designed to test Indian players. Irfan is also a reliable fielder in the deep without being spectacular. He is someone who can make that difference and deserves to get a chance in the XI. Last year nobody expected Hyderabad to finish in the top four with the team they had. This year, they have a good chance to repeat that performance again with a better squad. Maybe the forgotten man of Indian cricket is the key for them to achieve their targets. 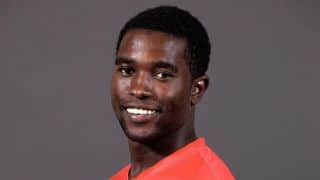 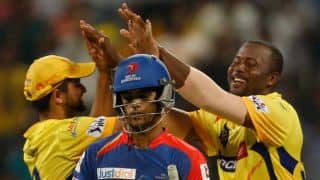