Chennai take on Hyderabad who are still fighting for a playoff spot.

As Chennai Super Kings (CSK) host the Sunrisers Hyderabad (SRH) in Ranchi in the Indian Premier League (IPL) 7, the yellow brigade will be looking to get back to their winning ways after a couple of losses. The Sunrisers managed to pull one over Royal Challengers Bangalore (RCB) in their last game, and have kept their hopes alive in IPL 2014. Shiamak Unwalla looks at the key battles that could determine the outcome of the match.

Dwayne Smith vs Bhuvneshwar Kumar: Dwayne Smith has been CSK’s main batsman this season. After providing some explosive starts to the innings in the first few games, Smith has suffered a couple of rare failures in the last two games. Co-incidentally, CSK have lost both games. They will be hoping their talismanic opener can get back to his high-scoring ways against a good bowling attack. Bhuvneshwar Kumar has easily been the best pace bowler this year, and has frequently got opening batsmen of the opposite team out early. SRH will be hoping he can get them off to a good start by accounting for the big West Indian.

Suresh Raina vs Dale Steyn: “Bounce him out” seems to be the mantra for teams to get rid of Suresh Raina, whose ability to play the short ball is suspect even nine years into his international career. Raina has been in good form of late, getting back-to-back 60s against RCB and Kolkata Knight Riders (KKR). With Brendon McCullum likely to return to New Zealand for the birth of his child, the onus will fall on Raina to provide a strong platform for the lower-order hitters like MS Dhoni and Ravindra Jadeja. Dale Steyn has a good track record against Raina, and will be keen to unleash a few bouncers, especially if Raina comes in early. While Steyn has not been in the best of form this year, he remains a potent force with the new ball, and probably SRH’s best bet against Raina.

Faf du Plessis vs Amit Mishra: Mishra was in the form of his life during the 2014 ICC World T20, bamboozling batsmen left and right — till he came up against de Plessis in the semi-final. One poor over from Mishra, which saw du Plessis cart him away for runs, made Mishra lose his confidence. It seems like he is yet to fully recover from the assault that du Plessis laid on him, and it might play on his mind if the two come up against each other in this match. While du Plessis will take some confidence from their last encounter, Mishra could be looking to get some revenge.

Ben Hilfenhaus vs Shikhar Dhawan: After a prolonged run of poor form, Dhawan came up with a fine 50 in the last game. A common feature of his last few innings is that Dhawan has been dismissed cutting a pulling quite often after being cramped for room. Hilfenhaus is known for his accuracy and movement, and could potentially find the line and length that has been successful against Dhawan recently.

Mohit Sharma vs Naman Ojha: Naman Ojha has added a new dimension to the SRH line-up, and together with David Warner, has formed a successful partnership in the middle order. Against a powerful CSK bowling attack, Ojha could be a pinch hitter who upsets the line and length of the bowlers. On the other hand, Mohit Sharma has been amongst the wickets and will be looking to get Ojha early with the moving ball.

Ravichandran Ashwin vs David Warner: This contest is potentially the most intriguing of the lot. Ashwin has been in indifferent form in recent times, often going for plenty while trying to contain batsmen. However, in the match against RCB recently, he bowled a tremendous first spell of one for three in three overs. David Warner has had some success against Ashwin in the past, especially while playing the reverse slog. Ashwin will be looking to extract some revenge of past encounters, and prove that he is still one of India’s premier spinners. 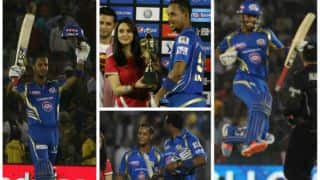 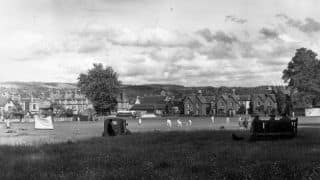