IPL 2015: Rahul Dravid and the art of cricket team management

IPL 2015: Rahul Dravid and the art of cricket team management

Dravid’s factors will subtly — as he himself has witnessed all his life — carry on the individuals and teams to greater heights.

Rahul Dravid marched out with his troops Ajinkya Rahane, Steven Smith, Shane Watson and James Faulkner, in a press conference on Monday, wherein Rajasthan Royals (RR) players spoke about the upcoming Indian Premier League (IPL) 2015, and a lot more. Devarchit Varma highlights the simplest of facts associated with RR — something that has been their core strengths. IPL 2015: Five Indian newcomers who can make a big name in IPL 8

The media present at the Cricket Club of India (CCI), Mumbai was not aware that the mentor of the RR will be there alongside captain Watson, Smith, Rahane and Faulkner to have a press meet and then the launch of their new jersey for IPL 2015. Reckon, almost everyone was taken by a sweet surprise when Dravid led the players who made their way through to the stage, and he was the first one to speak once everyone in the CK Nayudu Hall in the Brabourne Stadium in Mumbai settled down. Rajasthan Royals (RR) in Indian Premier League (IPL) 2015: Street-smart cricket once again on the cards

Calmness is a huge factor when it is about Dravid, being on the field and off it, and it was once again on display when he and his men took questions from the media on the upcoming season. RR have key members in their side from Australia’s World Cup winning team, and no way would the questions fired not have had related to the mega tournament that ended just a few days ago. IPL 2015 Previews

Dravid spoke on many topics, such as acclimatisation, preparations, past season, current squad, even congratulated Australia on their ICC Cricket World Cup 2015 win, and much more. He also spoke on how the laws should be revisited so that unfortunate incidences like the IPL 2013 spot-fixing and betting scandal can be avoided. Amid the flurry of questions, Dravid spoke about few more important things that seem to have slipped amid the fervour. Rajasthan Royals (RR) in Indian Premier League (IPL) 2015: Statistical Preview ahead of IPL 8

Dravid spoke about how the Australians, on a high after the World Cup win and Rahane, splendid for India throughout the Border-Gavaskar Test series as well as in the World Cup, are at ease as far as the IPL 2015 is concerned. Dravid underlined the importance of being calm, being focussed on the task ahead and being in the right space of mind. Mumbai Indians in IPL 2015: Rohit Sharma’s men approach upcoming season with renewed vigour to regain lost glory

Australians will talk about being aggressive and getting into the skin of the opposition. An MS Dhoni will tell his players to give their best and focus on the right areas. But the factors that Dravid spoke about will not necessarily generate a lot of attraction and interest among the frenzied fans, especially in IPL. But they will create a massive difference as far as on-field performances are concerned. IPL 2015: Top 10 veterans who have done consistently well since IPL 2008

Dravid’s factors will subtly — as he himself has witnessed all his life — carry on the individuals and teams to greater heights. These factors would push them to achieve and perform to levels which they are not known for. This is something which RR have always done, by concentrating on getting the best out of themselves, and surprising their audience more than once. IPL 2015: CSK, KKR, RCB, KXIP, MI, RR, SRH, DD full team details in IPL 8

And just like that, the session ended and the players slipped into training going on at the Brabourne Stadium. Faulkner and Watson batted in two different nets, and in one of the nets, Rahane and Smith, the RR stars, batted in tandem. They batted with ease, their bats coming down as fluently as they have done throughout the summer in Australia. IPL 2015 schedule: IPL 8 match time table with venue details

And then there were a couple of big strokes as well with both Rahane and Smith trying to get necessary tweaking done for the Twenty20 format. There were few women working on the outfield and one of them nearly got hit when Smith clobbered one in the air. Fortunately, there was no injury. IPL 2015: Top 5 ICC Cricket World Cup successes to watch out 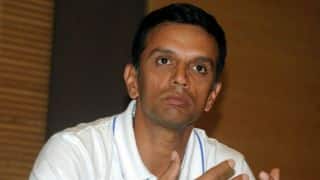 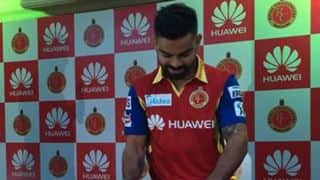