Out of the 346 players entered in the auction list, these five capped Indians could attract a bidding war.

With a limited purse after retaining majority of the players from the 2018 season, IPL franchises will be looking to shore up their squads, finding or in the case of teams that finished in the lower half of the league, include some match-winners to improve on their performances from last season.

Kings XI Punjab and Delhi Capitals (formerly Daredevils), which finished seventh and eighth on the 2018 IPL points table respectively, have the biggest auction purse going into Tuesday s auction going to be held in Jaipur. Both franchises would be looking to plug the weaknesses they had in their performances, while defending champions Chennai Super Kings and Sunrisers Hyderabad would look to add to their squads handy replacements for their mainstays.

Out of the 346 players entered in the auction list, here are five capped Indian players who could attract a bidding war, and ring in the millions.

Despite not adding to his solitary Test and seven ODIs in recent years, Unadkat has been a top pick at IPL auctions every year, breaking the bank in the January auctions when he went for a whopping Rs. 11.5 crore to Rajasthan Royals. His consistent performances for Saurashtra have kept him popular in IPL auctions, and his base price of Rs. 1.5 crore this time is also the highest for any Indian player. Despite Rajasthan Royals releasing him, Unadkat could set off another bidding war at the auction table who are looking to add a skillful left-arm pacer to their arsenal.

The Kings XI Punjab spinner broke into the Indian team on the back of his performances in the IPL, but was released by his franchise after spending a number of years with them. The left-arm spin bowling all-rounder will also spark huge interest among franchises for his accurate bowling and handy lower order batting. With both Delhi Capitals and KXIP looking to go big in the auction, a bidding war can be expected for the Indian allrounder, especially after the former let go of their long-term spinner, Shahbaz Nadeem.

Stuart Broad doesn t remain the same tenacious lower order batsman he once was after being hit by Varun Aaron in the face in 2014. Aaron may have fallen out of favour from the Indian team following injuries and poor form, but the Jharkhand pacer is making waves this season in domestic cricket, and will attract huge interest from franchises looking for a tearaway quick. After a successful stint with Leicestershire, Aaron has returned an improved bowler, having picked 18 wickets in the domestic one-day competition and a further 18 in four Ranji Trophy games this season. With Mumbai Indians looking for a quick bowler to partner Jasprit Bumrah, IPL riches could be coming Aaron s way very soon.

His blazing century in the IPL final a few years ago is a thing of IPL folklore, and despite not taking Kings XI Punjab over the line on that occasion, Saha remains an integral part of the Indian Test team, and despite his recent struggles with injury, the Bengal player will attract huge interest from franchises looking for a dependable wicketkeeper-batsman, who can bat up the order as well. Sunrisers Hyderabad had let him go after the 2018 season, but Saha will remain high on the minds of his former franchise as well.

The India pacer had an injury-ridden beginning to 2018 and missed a number of games for Delhi Daredevils, who opted to release him, but Mohammed Shami will remain high on the minds of franchises looking to add pace to their stocks, chief among which could be a franchise like Kolkata Knight Riders. Towards the end of the 2018 season, KKR suffered due to the lack of fast bowling options and Shami, or even Ishant Sharma, could be the Indian pacer they can rely on to lead the former Under-19 India champions Shivam Mavi and Kamlesh Nagarkoti. He could also spark a bidding war as Mumbai Indians look to bolster their pace attack as well. 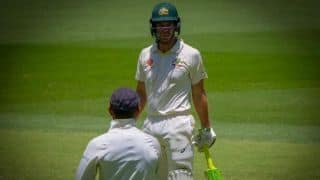