Mustafa Kamal not a man with clean slate to instigate change

Mustafa Kamal not a man with clean slate to instigate change

Kamal has shown signs of high-handedness, especially during his tenure as the BCB President.

When International Cricket Council (ICC) president Mustafa Kamal chided the quality of umpiring as India knocked Bangladesh out of the ICC World Cup 2015 citing the officials had had gone into the match with something in mind , he set himself up for ignominy. Going by the International Cricket Council s (ICC s) high-handedness during recent times, there was little doubt he was inviting the wrath of the other powers. Read: Mustafa Kamal resigns as ICC President

The rap on his knuckles arrived quicker than anticipated: brushing aside the constitution of the body the ICC president, it was printed on legal paper, would be the one giving away the trophy to winners during global events N Srinivasan, Chairman of ICC, did the honours on the podium, instead of Kamal, after the Australians were crowned World Champions.

Despite Kamal clarifying that he was speaking as a Bangladeshi fan and not in official capacity, it reflects poorly that a President should deride an aspect of the organisation he leads. Nonetheless, it provides credence to the theory that ICC is an oligarchy, no less, and some posts are mere placeholders. Read: Mustafa Kamal calls N Srinivasan ‘rotten’

This was furthered when Kamal vowed to go back home following the snub and let the whole world know about those guys who are doing these mischievous things [within the ICC]. This perked the interest of those following the sport. Would someone, albeit his recent disingenuous remark, finally stand up to the invidious might of the apex body? Read: Mustafa Kamal’s comments termed ‘rumour’

Kamal is known for his unrestrained opinions. When the touring Bangladeshi side were having a topsy-turvy kind of a tournament in the West Indies and Zimbabwe in 2012, Kamal, the Bangladesh Cricket Board (BCB) president at the time, said, As a professional, I always want hundred per cent from the players and you have to be habituated with triumph and it will be not acceptable if you go down one day after winning a match the previous day. Read: Bangladesh would have defeated India, says Sheikh Hasina

The statement, understandably, did not go down well with a few of the Bangladeshi players. Shakib Al Hasan, the side s ubiquitous kingpin, responded sternly: Everyone should speak responsibly and assist us in our job. We will not win every day, no one does. But our integrity should not be questioned.

What had transpired thereafter remains uncertain, but a picture of Shakib kneeling, as if to apologise to the BCB chief about his retort, soon made rounds. It was first published in Bangladesh s daily Kaler Kantho. It gives a brief insight of the kind of power Kamal wields in Bangladesh cricket. Read: Mustafa Kamal’s allegations “unfortunate”, says Dave Richardson

During the same year, it was reported that Kamal vociferously opposed the inclusion of Tamim Iqbal. Akram Khan, chief selector at the time, stated: Tamim Iqbal was dropped by Mustafa Kamal. He was in the team that we submitted [for the Asia Cup]. Akram Khan penned his resignation in due course of time due to the relentless interference of the BCB chief, but Prime Minister Sheikh Hasina s timely interjection ensured a withdrawal and Iqbal was reinstated. The southpaw responded with four fine half-centuries and raising four pointed fingers after the knocks were etched.

An interesting incident ensued post Asia Cup 2012. Bangladesh fought valiantly to reach the final of the tournament that involved other heavyweights like India and Sri Lanka but went down by two runs to Pakistan. Many hours after the tournament s conclusion, BCB, steered by Kamal, lodged a complaint to Asian Cricket Council (ACC) stating that the match was lost perhaps because Pakistan fast bowler Aizaz Cheema had deliberately collided with Mahmudullah to deny the latter winning runs. Thankfully, good sense prevailed and the ACC quashed the complaint.

All these prove that uncanny accusations are not unknown to Kamal. Only this time, despite the absurd nature of allegation, he has found support owing to the opposition he has pricked. If the murky happenings within ICC are indeed brought to light, one assumes it would be a boon for the game.

Nevertheless, and maybe characteristically, Kamal has backtracked on his vows with a political deftness that is certainly not unbeknownst to him. Although he did quit as ICC President (apparently, for personal reasons now), he has decided to help keep ICC s functioning under wraps. Fans of the sport will never get to know what those guys who are doing these mischievous things are up to, yet again. Perhaps, it was too much to expect Kamal to be an instigator of change for the good in the sport.

(Karthik Parimal, a Correspondent with CricketCountry, is a cricket aficionado and a worshipper of the game. He idolises Steve Waugh and can give up anything, absolutely anything, just to watch a Kumar Sangakkara cover drive. He can be followed on Twitter at https://twitter.com/kartikparimal) 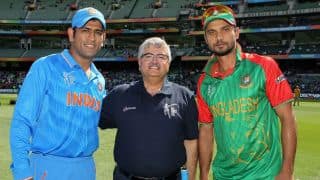 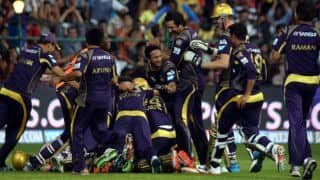