Sunrisers relied on their bowling over batting, and it reaped benefits as the pace bowlers scalped 81 wickets combined

In the past six seasons, Indian Premier League (IPL) had become a somewhat three-way showdown. In 2010 and 2011, Chennai Super Kings (CSK) won the title. Between 2012 to 2015, Kolkata Knight Riders (KKR) and Mumbai Indians (MI) exchanged the trophy among themselves. But in 2016, finally a new team came to the fore to break the lull. Sunrisers Hyderabad (SRH), into their fourth IPL season, broke their duck to be crowned as champions. It was only fitting, considering Hyderabad was the last team to win the title before the 3-way showdown began. The question which arose soon was, what did they do differently? And for once, we have the sure answer. ALSO READ: SRH in IPL 2016, Review: Marks out of 10

The SRH team did not rely on international superstars, nor did they rely on youth and neither completely on Indian players. Their USP this season was — balance and playing to their strengths — which reaped huge benefits to everyone’s surprise.

To start off, their skipper David Warner was absolutely magnificent. The way he handled his troops was very refreshing. The manner in which he used his bowlers, especially Mustafizur Rahman showed the signs of a true leader. Knowing the Bangladeshi bowler knew neither English nor Hindi, Warner still conversed with him in immaculate fashion through signs. ALSO READ: Mustafizur Rahman has no plans of stopping!

Firstly, SRH only and only relied on their strengths. While a team like Royal Challengers Bangalore (RCB) had all the talents from around the world, a team like Delhi Daredevils (DD)had the best youngsters of the lot. But SRH had none of those qualities, yet, they built a team around what they have. Rather than concentrating solely on one aspect of the game, they decided to keep a balance from top to the bottom.

With skipper Warner at the top, the team had an able deputy alongside in the form of Shikhar Dhawan. After them, SRH made some shrewd signings — bringing in the likes of Yuvraj Singh and Ben Cutting. Their middle-order was very well-balanced, despite the two signings missing the first half of campaign through injury. In their absence, Eoin Morgan, Deepak Hooda, Moises Henriques and Naman Ojha were available, showing there were enough options. ALSO READ: IPL 2016: How SRH’s faith in pace paid off

And in their bowling department, the signing of Barinder Sran, Mustafizur Rahman and Ashish Nehra added steel to the bowling unit, which already had Bhuvaneshwar Kumar. Despite knowing Indian conditions favour spinners, SRH persisted going in with three pace bowlers every match.

Secondly, unlike other teams, Sunrisers trusted their bowling unit over their batting. No other team did so, but SRH actually went with it. In most of the matches, they went in with either three or four fast bowlers, and not playing a single spinner. Rather than deciding the team by conditions, they went in with their strengths. And didn’t it reaped benefits! A total of 81 wickets were scalped by the fast bowlers, exemplifying Warner’s call.

Where did the difference lie between SRH and others?

Well, the difference between Sunrisers and other teams laid in their approach. Every other team in IPL 2016 tried and tested too many things. But SRH stuck with the same lot of players, despite them blowing hot and cold. Thus, the confidence displayed in players was exemplary, and each one of them at some point of time played their part.

After that, they did not buy any player for the sake of it. Players like Yuvraj and Cutting were bought in with a particular role in mind. While they were missed in the first half of the season, the second half, especially the knockout stages proved how shrewd their signings were.

As they say, it is not necessary that the team with the best players always win. In order to achieve success, teamwork and dedication is most important. And this what SRH followed on their way to glory. Their win may not be rated on the same level as Rajasthan Royals’, but surely, it was a win for the underdogs.

To sum it up, SRH did only two things — Trusted their squad and played to their strengths. And the rest is as they say is history. The bowlers responded extremely well to the challenge and the batsmen played their part, which got them glory eventually. 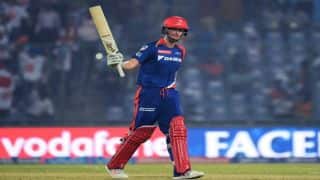 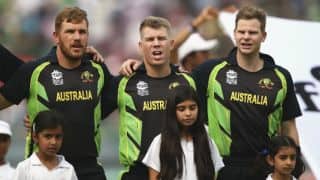