The legspinner Yasir Shah has drawn level with the record for most wickets by a Pakistan bowler in Test cricket, taking 14 in the team’s innings-and-16-run over New Zealand on day four of the second Test in Dubai.

Having taken 8/41 as New Zealand were skittled for 90 on day three, and then added two more before stumps to become the first bowler since Anil Kumble in 1999 to claim 10 in a day, Yasir took four on Tuesday to join Imran Khan as the second Pakistan bowler to take 14 wickets in a Test.

Pakistan skipper Sarfraz Ahmed termed Yasir’s bowling as the best he has seen as part of any Pakistan team. The win has levelled the series at 1-1 with the third Test starting in Abu Dhabi on December 3.

When Yasir had Ish Sodhi bowled while attempting a paddle sweep after tea, it made him the sixth Pakistan bowler to claim 12 wickets in a Test after Fazal Mahmood, Imran, Abdul Qadir, Waqar Younis and Danish Kaneria. Two more took him to 14 to sit alongside 1992 World Cup-winning captain Imran in elite company.

Yasir s 8/41 on Tuesday are the second best figures by a Pakistan spinner in Tests, behind the 9/56 that fellow legspinner Qadir took against England in 1987. 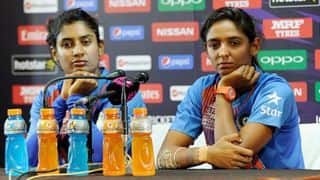