Anushka can been seen standing besides Virat Kohli, officials of the High Commission and Coach Ravi Shastri, while Indian team captain Ajinkya Rahane is at the last row, barely visible at the back.

Ever since Anushka Sharma and Virat Kohli s relationship came out in open roughly four years ago, the Bollywood star has more often than not found herself as the target of social media trolls with reference to Virat Kohli.

And even after their marriage, Anushka has been at the receiving end of social media trolls. The latest incident that has drawn the ire of a few Indian fans is Anushka Sharma s front row presence in a photo opportunity of the Indian team High Commission of India in London ahead of the 2nd Test against England.

Anushka can been seen standing besides Virat Kohli, officials of the High Commission and Coach Ravi Shastri, while Indian team captain Ajinkya Rahane is at the last row, barely visible at the back.

READ: What India must to do to win

And that became the fodder for the trolls for the day:

#TeamIndia members at the High Commission of India in London. pic.twitter.com/tUhaGkSQfe

Probably she will replace her husband in the next match and will lead the team Kohinoor Das (@DasKohinoor) August 8, 2018

No Hard feelings but I heard recently BCCI denied players from having their wives around when on tour in England. WTH is Anushka doing among Indian team?? Rules are meant for Team and captain should lead from front in every aspect. Just saying

It is also only fair to point out that wifes/partners of the other Indian team players are not seen in the pitcure, begging the question why was Ansukha present at the event, meant of the Indian team members. However, there were a few who came in support of Anuska as well:

The Guys who r asking why Anushka in this foto pls.. look urs family Album 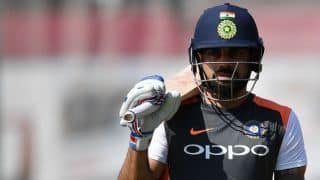 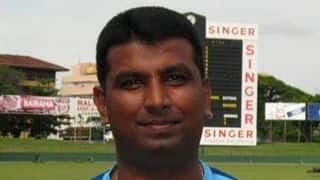