The whole nation applauded her effort in the tournament and Indian cricket fraternity too was united in appreciating Dipa.

With billions of hope on her shoulders, India’s female gymnast Dipa Karmakar finished fourth in the vault final at Rio Olympics 2016. The disappointment of not winning a medal was surely there but her brave efforts to reach to the Olympics and then the final is truly a commendable task.

Dipa herself was quite disappointed with the fact that she couldn’t win a medal but promises to focus more try her best to get better in Tokyo Olympics 2020. After the match, Dipa posted a video from her official Twitter account to thank the fans for their prayers and wishes. ALSO READ: AB de Villiers, Faf du Plessis and other cricketers express their joy over Wayde van Niekerk’s record win

Hello everyone, very happy to connect with you all today through my team. Happy Independence Day! pic.twitter.com/6AW11EPPRe

The whole nation applauded her efforts in the tournament and Indian cricket fraternity too was united in appreciating Dipa, which includes the likes Sachin Tendulkar, Virender Sehwag, VVS Laxman, and many more.

Winning & losing is a part of sport.. You’ve won millions of hearts & the entire nation is proud of ur achievements. https://t.co/qSpiWFSp2K

We r extremely proud of U #DipaKarmakarU are a trendsetter & you have inspired hearts of a billion peopleAll d best for d future!!

Thank u #DipaKarmakar fr getting us united at midnight cheering fr Gymnastics,in a country with no infrastructure for this sport.Super Proud

Congratulations to you and your coaches @dipakarmakar for placing the tricolour at the forefront of world gymnastics. Proud #DipaKarmakar

Congratulations #DipaKarmakar you have made your country and your people proud Jai hind !

Well done DIPA KARMAKAR so proud of you..

So proud of #DipaKarmakar! Just missed out on an #Olympics medal but won the hearts of the entire nation! #BrightFutureAhead #Champion

#DipaKarmakar, you reached where no Indian reached thus far…fourth best in the world. You’re a star…keep shining #India #Olympics

#DipaKarmakar An outstanding performance, you’re a champion & we are all extremely proud of you. @Olympics #Rio2016

Yes!we are d citizen of that country from where @idipakarmakar belongs Going through all the news headings ,feeling so proud of you.#15aug

That #DipaKarmakar is in the final is itself a grand achievement. Important to see from that point of view

I think India should be very very proud of #DipaKarmakar.

#DipaKarmakar So what if you didn’t win a medal? You won our hearts. The whole of India is proud of you. #RioOlympics2016

i have seen some things in my life, but i have never cried at a sports event. i am today. this girl is just… #DipaKarmakar 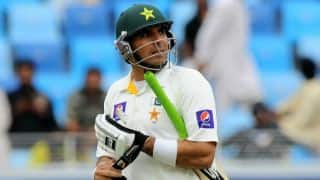