Top-ranked Pakistan will aim to continue a record-setting run in Twenty20 internationals when they meet New Zealand in the first of three games on Wednesday in Abu Dhabi.

This Pakistan team is on an unprecedented and historical role, wrapping up their tenth successive T20I series win with a 3-0 sweep of Australia over the weekend. In a run of outstanding form dating back to September 2016, Sarfraz Ahmed s team has beaten England, West Indies (thrice), Sri Lanka, New Zealand, Scotland, Australia (twice) and a World XI to make it ten successive T20I titles in a row.

Next up is Kane Williamson s New Zealand, who open their season after a six-month gap with this tour of the UAE. The visiting side has been hit by injuries to Martin Guptill, their all-time leading run-getter in the format, and pace bowler Trent Boult. They will, however, welcome back the allrounder Corey Anderson who has not played for the Blackcaps since the 2017 Champions Trophy, and hope that he slots in successfully with an eye on next year s World Cup.

While Pakistan have a 14-2 record in 2018, New Zealand have won three of 10 games this year. The last time these two teams met was in January when Pakistan won 2-1 in New Zealand.

Weather: Scattered thunderstorms with humidity at 61%

Expect them to keep with a winning unit. The bowling has no glaring errors after a combined effort to rout Australia 3-0, and Babar Azam s Man-of-the-Series role has given the top order a stronger shade. Sahibzada Farman replaced the injured Fakhar Zaman for the last T20I and scored 39 of 38 balls in an opening stand of 93, and should get another game given concerns over Zaman’s knee. Shoaib Malik, who became a father on Tuesday, will link up with the squad before the game.

The returning Glenn Phillips will bat at the top after being named as Guptill s replacement, after warming up for the series with 48 off 36 balls in a tour match with UAE. He will not keep wickets, however, with Tim Siefert given that role.

Anderson is in line for his first international appearance in nearly 17 months, just over a year since he underwent surgery to repair a stress fracture of the back. He should slot in at No 7 in the absence of Mitchell Santner, on the sidelines since March with a knee injury. One of Adam Milne and Lockie Ferguson will get the nod to back an attack led by Tim South and featuring Colin de Grandhomme and Ish Sodhi, who took 2/11 in three overs against UAE.

– New Zealand have won just one of their last seven T20Is this year.

– Mohammad Hafeez is one of just six Pakistan bowlers with over 50 wickets in T20Is.

– Zealand have won a solitary T20I in the UAE dating back to 2009, losing thrice.

“New Zealand have a strong team with ideal batsmen for T20s and a balanced bowling attack so we need to set the tone from the first game by winning it.” – Sarfraz Ahmed

“You want to win any game you turn up for, and the first game of a series is always a big one and exciting.” – Kane Williamson 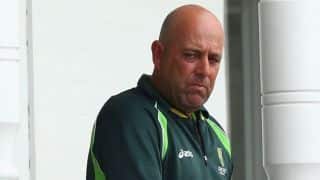