The MCC conducted a survey titled the 'MCC Test Cricket survey', where over 13,000 fans participated across 100 countries.

Bengaluru: An overwhelming 86 per cent of fans prefer watching Tests compared to limited-overs cricket, announced the Marylebone Cricket Club (MCC) Saturday, shattering fears that the longest format of the game is dying.

The MCC conducted a survey titled the ‘MCC Test Cricket survey’, where over 13,000 fans participated across 100 countries. The survey found that an average of 86 per cent of the participants said five-day cricket remained their “preferred” format followed by One-day internationals, Twenty20 Internationals and domestic T20s.

“Overwhelmingly, Test cricket came out as the format that interests fans the most, regardless of country supported or age,” the MCC said in a release. (ALSO READ: David Warner switching stance within Laws of Cricket: MCC)

“Responders to the MCC Test cricket survey still consider the Test format to be the pinnacle of cricket and the favourite format of cricket to attend, follow and watch, with respondents describing the game as the “ultimate” form of cricket.”

Among other key findings, the MCC said over half of the respondents wanted to watch Test cricket regularly but would want some improvements such as addressing the cost and availability of tickets, increasing access to Test cricket on free-to-air TV and including half-day tickets to encourage families to attend.

Last year, the ICC had conducted another survey, which said that cricket had more than a billion fans globally, and close to 70 per cent (of 19,000 participants) supported Test cricket.

Last month, ICC chairman Shashank Manohar had said that people these days don’t have five day’s time to watch Test cricket and conceded that the longest format of the game is dying. (ALSO READ: Test cricket is not dying, it needs a bit of boost: ICC CEO Dave Richardson)

ICC’s outgoing chief executive Dave Richardson, who is also a member of the committee, later stressed that Test cricket was not dying, but merely striving for relevance.

In a bid to give further boost to Test cricket, ICC will hold a World Test Championship, a league competition slated to start in July. 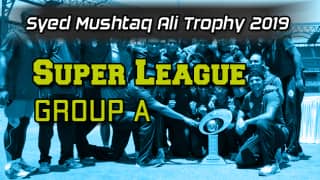 India vs Australia 2019, 4th ODI, Live streaming: Teams, time in IST, where to watch on TV and online in India