Ashes 2015: Darren Lehmann says Rod Marsh and him must shoulder lot of blame for Australia's loss

Ashes 2015: Darren Lehmann says Rod Marsh and him must shoulder lot of blame for Australia's loss

Australia have lost the series 1-3 with a game to play.

Australia coach Darren Lehmann said both he and selection chief Rod Marsh had to shoulder “a lot” of the blame for the team’s Ashes loss. England’s dominant win by an innings and 78 runs in the fourth Test at Nottingham’s Trent Bridge ground on Saturday gave them an unbeatable 3-1 lead in the five-match series. Asked how much responsibility he and fellow former Australia international Marsh, the on-tour selector, bore for the series defeat, Lehmann told reporters: “A lot. As a coach and selectors we’ve got things wrong at certain times, there’s no doubt about that.”  Lehmann said a particular mistake at Trent Bridge had been for Australia to abandon their longstanding policy of fielding five bowlers, with all-rounder Mitchell Marsh dropped to make way for older brother Shaun, a top-order batsman. READ: Ashes 2015, 4th Test at Trent Bridge: Statistical report

But Shaun, who made just two runs in the entire match, fell for a first-innings duck as Australia were shot out for a scarcely credible 60 on the first day, with England paceman Stuart Broad taking a stunning Test-best eight for 15 on his Nottinghamshire home ground. England, with Joe Root scoring 130, piled up 391 for nine declared in reply against an Australia attack who, in the circumstances, needed all the bowling they could muster. READ: Steve Smith must lead Australia against England in 5th Ashes 2015 Test at The Oval

“I spoke to Rodney and we wanted the extra batter and spoke to the captain about it in this particular game, but we’ve always wanted five bowlers, so we probably got that selection wrong. Happy to admit when we’re wrong, you don’t get everything right. We’re really strong on having five bowlers and we didn’t do that this game,” Lehmann said.

Defeat at Trent Bridge condemned Australia to their fourth successive Ashes series loss in England, a run stretching back 14 years. A feature of the series so far has been the inability of Australia’s batsmen to cope with the swinging and seaming ball on typical English pitches that aid lateral movement. READ: Michael Clarke lived by the sword and died by it

There have been accusations that too many Australia batsmen are ‘flat-track bullies’, unwilling as much as unable to alter the methods that serve them so well on flatter home surfaces.  Prior to the series, both teams made much of their desire to play “aggressive” cricket.

“I think England played good, aggressive cricket this series to be perfectly honest. We certainly didn’t cope with the swinging or seaming ball in the last two Test matches well enough and that’s something we have to get better at,” said former batsman Lehmann.

Former Australia captain Ricky Ponting has said the Dukes ball used in England, which has a more pronounced seam than the Australian Kookaburra, should be introduced for domestic matches in Australia in a bid to help replicate English conditions. There have also been calls for more Australian players to take part in English county cricket as Lehmann did with great success for Yorkshire — now coached by his close friend Jason Gillespie, the former Australia fast bowler. READ: Michael Clarke’s shocking retirement will make Australia poorer

“I think it was a great experience for me,” said Lehmann. “It’s very hard in the schedule now to fit that in for bowlers. That’s probably the hardest thing.”

Meanwhile Lehmann insisted he was relishing this month’s final Test of the series at The Oval in south London, which will mark retiring Australia captain Michael Clarke’s farewell to international cricket. “I’m actually looking forward to the last Test. I think it’s going to be a great last Test match, and very enjoyable for England. But we’ve got to try to get a result there for us. You’re on the road a long time, no doubt about that, but I’m still a cricket nuffy [nerd] and love watching cricket. Don’t like watching 60, though,” said Lehmann. 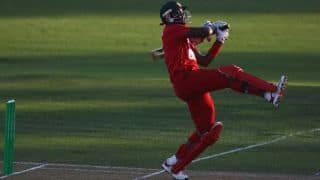 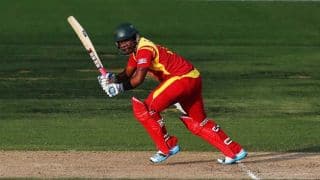