The 19-year-old legspinner collected a whopping 74 per cent of the vote.

The teenaged legspinner Georgia Wareham has been crowned Betty Wilson Young Cricketer of the Year at the annual Australian Cricket Awards – formerly called the Allan Border Medal – for her success with the Australian women’s team over the past year. (READ MORE: Nathan Lyon is Test Player of the Year)

Wareham, aged 19, broke into the Australian team in 2018 and was a key figure as the Southern Stars won the ICC Women’s World T20 last year.

The Victorian legspinner has won the Betty Wilson Young Cricketer of the Year Award, which is given to Australia’s most promising young talent, for her 14 international wickets and 10 for Melbourne Renegades during the 2017-18 Women’s Big Bash League. (READ MORE: Marcus Stoinis is ODI Player of the Year)

During the final of the Women’s World T20 in Antigua last November, Wareham and Ashleigh Gardner combined for five wickets to restrict England to 105 all out off 19.4 overs. Wareham dismissed Lauren Winfield and Sophia Dunkley off successive deliveries and conceded just 11 runs through three excellent overs.

The Betty Wilson Young Cricketer of the Year Award demands that players must be under 24 and have played 25 or fewer WNCL, WBBL or international matches at the start of the voting period which was from December 9, 2017 to November 12, 2018.

Wareham won 74 per cent of the votes to beat Annabel Sutherland Maisy Gibson. 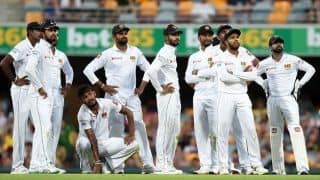 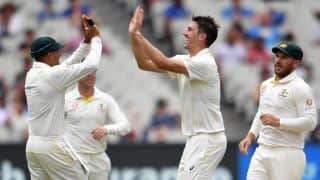