Finch managed five runs in four T20Is - including the one-off versus UAE - in what he termed an absolute shocker .

A winless tour series with Pakistan in the UAE has left Australia s ODI and T20I captain Aaron Finch in no doubt as to which area need addressing as the team shifts into a home series with South Africa next month. After drawing the first Test in Dubai, Australia lost the second in Abu Dhabi and then were beaten 3-0 in the T20I series, with their batsmen thoroughly outplayed by Pakistan s.

“We’ve struggled with the bat for quite a while now and it’s up to us guys who get first go of it in Perth next Sunday against South Africa to start rewriting that last probably 18 months,” Finch said on Sunday after the third T20I, which Pakistan won by 33 runs. “I think that when you have a bit of change in the side, it’s about starting to build a really good dynamic and a really good chemistry within that side. We’ve been trying new things, we’ve been out in the nets for hours. You can’t question it from that point of view. It’s just about making sure that we start to build partnerships again.”

In the first T20I, Australia were rolled over for 89 in pursuit of a target of 156. In the second, chasing 148, they fell 11 runs short. On Sunday, chasing 151, Australia were bowled out for 117. For Finch, facing spin was the biggest challenge for a new-look T20I side.

“Especially some new guys in the side playing in subcontinent conditions … they come at you with a lot of spin and it starts to play with your mind a little bit,” he said. “Once you start thinking negatively in T20, I think every time you doubt yourself, you question your tactics or you question your ability, that’s when you can come undone.”

Finch acquitted himself well in the two Tests versus Pakistan, scoring 181 runs at an average of 45, but managed five runs in four T20Is – including the one-off versus UAE – in what he termed an absolute shocker . 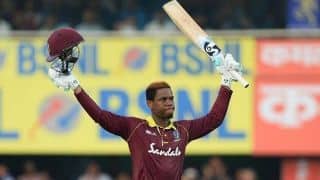 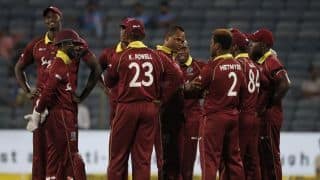 India vs West Indies 2018, 4th ODI, LIVE Streaming: Teams, Time in IST and where to watch on TV and Online in India