Chief selector Minhajul Abedin has now said that Tamim s availability for the Windies series is in doubt.

Just a few days ago, Bangladesh opener Tamim Iqbal had his first full-fledged training session after a wrist injury ruled him out of action since the first match of the 2018 Asia Cup.

Iqbal, who had a session with cricket balls for the first time after his injury, was striking the ball well, and although squashing rumours that he will be available for the second Test against Zimbabwe, he said that he s aiming for a comeback for the home series against West Indies which begins with the first of the two-Test series on November 22.

However, that comeback could take a little longer after the 29-year-old picked up a side strain while training on Tuesday and chief selector Minhajul Abedin has now said that Tamim s availability for the Windies series is in doubt.

“We are still awaiting a doctor’s report on Tamim to know the extent of his injury, but it now seems difficult [for him to be available for the first Test],” Minhajul was quoted as saying by ESPNCricinfo on Tuesday.

Tamim batted for the first time after undergoing rehabilitation for the wrist injury he sustained in Dubai. He flew to London to consult a specialist before returning to Dhaka where he began rehab. Bangladesh selectors will also get an update from allrounder Shakib Al Hasan, currently nursing a finger injury, before naming the squad for the Windies series. 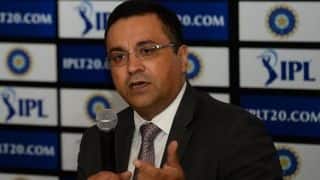 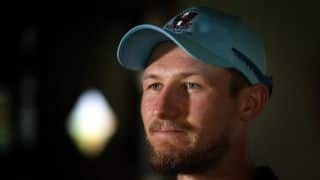