Their campaign in England in complete disarray, India would have received a boost with news of Jasprit Bumrah being declared fit for the third Test starting Saturday at Nottingham. Bumrah, who underwent surgery on his left thumb and went back to India for rehab before being called back for the Test series, was seen bowling in the nets during the two Tests.

Offspinner R Ashwin, who top-scored for India in both innings, and allrounder Hardik Pandya, who received blows to their hands while batting in Lord s, have also been cleared to play.

Apparently, the team management was waiting for Bumrah to recover completely and for his plaster cast to come off. At Lord s, he was seen bowling without the cast and it is thus believed that the 24-year-old has been passed fit. Bumrah made his Test debut in South Africa earlier this year, where he took 14 wickets in the three matches. His availability however, hopes to add further dilemma regarding the Playing XI.

However, the biggest question mark hovers around Indian captain Virat Kohli, who reportedly is yet to fully recover from a lower back pain. During the Lord s Test, Kohli had to leave the field on the third day after tea. Even when he walked out to bat at No.5 during India s second innings, he looked in immense pain during his 29-ball 17.

Even though Kohli has claimed he ll get fit on time ahead of the third Test at Trent Bridge that starts from August 18, it s not a certainty. The prospect of the team being without their captain serves as a huge blow to India, whose batting has been abysmal barring Kohli. In two Tests, Kohli has made 250 runs in four innings for an average of 60; the other specialist batsmen have managed 167. As per a gym session on Tuesday, the Indian team, including its captain took part.

Legendary Sunil Gavaskar had said India shouldn t shy away from including captain Kohli in their playing XI even if he s 50 per cent fit. He feels Kohli should be the one to take call on whether he s match fit. 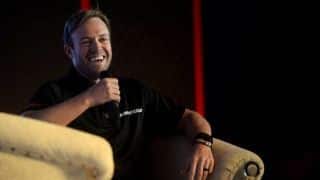