Pakistan legspinner Shadab Khan and USA player Saurabh Netravalkar are out the tournament.

The Guyana Amazon Warriors have penciled in Imran Tahir and Qais Ahmad as replacements for Shadab Khan and Saurabh Netravalkar in the ongoing 2019 Caribbean Premier League (CPL) season.

Pakistan legspinner Shadab, the N0 1 ranked bowler in T20Is, will leave the West Indies to join the Pakistan cricket team. He has played in all three of Guyana Amazon Warriors’ CPL matches this season, taking four wickets.

His absence reunites Tahir with the Warriors, for whom he has taken 16 wickets from 12 CPL games in 2018.

Netravalkar will also depart the Warriors setup on account of his international commitments with USA. He was drafted into the CPL as Warriors’ ICC Americas player, but draft rules allow for him to be replaced by a Caribbean or overseas cricketer.

He has taken 35 wickets from 27 career T20 matches at an economy rate of 7.01. Ahmad burst into the limelight in early 2018 when he finished as Afghanistan Under-19s’ leading wicket-taker at the junior World Cup in Zealand. In October 2018, his five wickets in the final of the inaugural Afghanistan Premier League T20 set up a title triumph for Balkh Legends.

Like defending CPL champions Trinbago Knight Riders, the Warriors are unbeaten this season with three wins in a row. 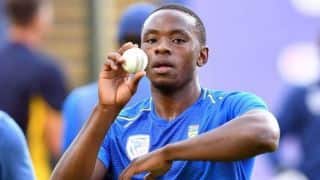 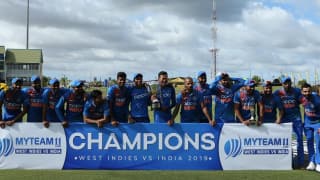