Roy's replacement, James Vince, has scored 26, 14 and 0 in his three innings.

England are hopeful that opener Jason Roy will return from a hamstring injury in time to play in Sunday’s vital ICC Cricket World Cup 2019 clash against India at Edgbaston.

Roy has missed the hosts’ past three matches after suffering a hamstring tear in the field against the West Indies and his presence has been badly missed as England slumped to defeat against Sri Lanka and Australia.

The top-ranked side in the world almost certainly need to win at least one and possibly both of their remaining games, with unbeaten New Zealand also to come on July 3, to progress to the semi-finals.

“Jason Roy is making good progress from his hamstring injury. He is being assessed every day. Yesterday he batted in the nets and was also running shuttles on the outfield,” the England and Wales Cricket Board said in a statement.

“A decision on whether he’ll be fit to resume against India will be made when we train on Friday and Saturday at Edgbaston.”

Roy has passed 50 in five of his past six one day internationals and recorded the second-highest score of the World Cup to date with his 153 against Bangladesh. His replacement, James Vince, has scored 26, 14 and 0 in his three innings.

England also have fitness concerns over bowlers Jofra Archer and Adil Rashid. Fast bowler Archer is suffering from tightness to his left side, while leg-spinner Rashid has a shoulder problem that will be assessed in the coming days. 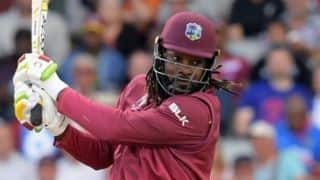