England have entered their fourth ever ODI world cup final where they will face New Zealand as they target a maiden trophy.

England have entered their fourth ever ODI world cup final where they will face New Zealand as they target a maiden trophy. The Eoin Morgan-led England were among the title favourites before the tournament began as they led the ODI rankings. They have justified their billing despite a slip-up that endangered their chances of making to the last-four stage.

However, wins over India and New Zealand in their final two round-robin matches confirmed a top-four finish and they thrashed old rivals and defending champions Australia to set up a summit clash with New Zealand who are into their second straight world cup final.

Former England international Kevin Pietersen has been a vocal supporter of his team lifting the world cup trophy at the Lord’s come July 14.

Explaining his backing, Pietersen says England, under Morgan, have redefined the way ODI cricket is played.

“The reason I ve been so supportive of England throughout this CWC, is purely because of the way they ve changed the way 50 over cricket is played globally. Teams are intimidated to play England & that s never happened before!” Pietersen wrote on his Twitter handle on Saturday.

Pietersen, who played 104 Tests, 136 ODIs and 27 T20Is between 2004 and 2014, said the reason behind England’s success is the ‘freedom to fail’ the players have been allowed by Morgan and coach Trevor Bayliss.

“Morgan & Bayliss have given players the freedom to fail (that was never the case). Morgan s captaincy has been wonderful. A few of the players are freaks. Jofra a HUGE asset. They re a PLEASURE to watch & support! I love this ODI team! Tomorrow – ?.” he added. 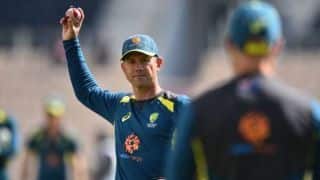