Shreyas Iyer will lead India B while Ajinkya Rahane was announced skipper of India C.

Out-of-favour India wicketkeeper-batsman Dinesh Karthik was announced skipper of India A on Thursday for the upcoming Deodhar Trophy 2018-19 season which will begin on October 23 in New Delhi.

Karthik, who made his ODI debut in September 2004, was dropped from the upcoming first two ODIs against the West Indies, led many to believe that it probably is the end of the road for the senior glovesman. However, chairman of selectors MSK Prasad dropped a hint that all is not over for the senior Tamil Nadu cricketer, who registered scores of 33, 31 not out, 1 not out, 44 and 37 in the recently-concluded 2018 Asia Cup.

Karnataka batsman Karun Nair, who openly voiced that there was no communication from the selectors or the team management after he was dropped from the squad, will be part of India A. However, Nair s team-mate Murali Vijay, who also expressed concern about no explanation been given to him following his axe from the Indian team, did not find his name in any of the three squads. Teen batting prodigy Prithvi Shaw, who scored a century on Test debut, is also named in the 14-man India A squad.

Leading India B is Shaw s Mumbai team-mate Shreyas Iyer. Mayank Agarwal, who compelled selectors to take notice of him by pilling a mountain of runs, but could not find a place in the two-Test series against West Indies, has been included in India B. Hanuma Vihari, who was released ahead of the second Test and went on to score 95 for Andhra in the Vijay Hazare Trophy 2018-19 season s quarter-final match against Hyderabad, has also been included.

Ajinkya Rahane has been named skipper of India C. Rahane gained much needed runs and game time under his belt with a 80-run knock in the second Test against West Indies. Adding to the squad s strength is experienced India allrounder Suresh Raina. Jharkhand wicketkeeper-batsman Ishan Kishan and Punjab youngster Shubman Gill, who have been among runs in the Vijay Hazare Trophy, have been named in the squad. 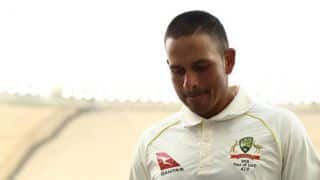 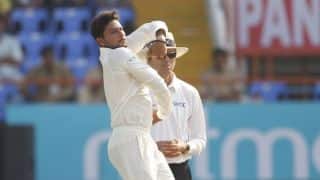