Holder praised his team-mates for keeping up with the growing changes in the dressing room.

West Indies performance at Rajkot where they were handed a humiliating innings and 272-run defeat led many to question whether this current team led by Jason Holder, the most experienced with 34 Tests, is worthy enough of playing Test cricket.

Holder, who had missed out on the first Test after reportedly picking up an ankle injury in Dubai during the team s pre-season training camp, was geared up with stats to justify harsh comments.

“We’re playing the No.1 team, India, in their backyard. And history would show we haven’t won a Test match here since 1994, and if you look at the players who came through West Indies cricket. I think Brian Lara and these greats have been playing all that time.

“Sure, we probably haven’t won as many series as we’d like. But within the last year, I think we’ve won two out of four or five series we’ve played. So, I don’t understand why people would be this harsh towards us, Holder said on Wednesday.

“But everyone is entitled to their opinion. I just focus primarily on what I have to do and what the team has to do. There’s not point worrying about what people have to say because people will always have [something] to say. The only way we can silence the critics, or try to silence them, because I don’t think they’ll never shut up, is by playing [good] cricket.”

Holder is currently looking to get back in shape for the second Test at the Rajiv Gandhi International Stadium in Uppal, Hyderabad.

“I am pushing really hard to be ready for the Test match. In the last Test match, it just wasn’t right. I had a scan and it didn’t turn out to be too bad. It’s a matter of managing the pain. Injuries aren’t new to me. I didn’t want to start a Test match and then be in a situation where I am not able to finish it. I feel a lot stronger now and the pain has decreased. It’s matter of sustaining for five days,” he said.

Meanwhile, the captain praised his team-mates for keeping up with the growing changes in the dressing room. West Indies, who will be without coach Stuart Law after this year s tour to India, have had to adjust to two different coaches Phil Simmons and Ottis Gibson during their short tenures.

“It’s difficult. We have had a number of coaches in the last five years. And I must commend the guys because they have really been professional to be able to adjust to each and every coach that we’ve had, Holder said.

“A lot of people don’t understand what goes on behind the scenes. And that’s pretty much an example of the things the players have had to deal with. Credit must go to the individuals in the group because despite who coaches the team, we are still judged on the cricket that we play. But all this has a part to do with the cricket that we produce.

“That’s why I don’t get too caught up with people saying what they say, because within, I know what really goes on within the dynamics of the team. It’s not an excuse or looking for things to ease pressure, but at the end of the day you deal with reality. Anybody would say that the only way to get results as a team is by coming close together. But if the dynamics of the team changes quite a bit, it’s hard to build something. Every time it seems as though you’re building something, there’s almost a barrier, some kind of obstacle.

Holder said that Law has brought professionalism into the side. I think Stuart has brought a different dynamic in terms of professionalism. He’s obviously tried to implement certain structures and certain methods, which we needed to change, and credit really must go to Stuart Law for that. Hopefully, whoever comes in, we could just settle on a coach for a little while longer and build something positive for the next couple of years.” 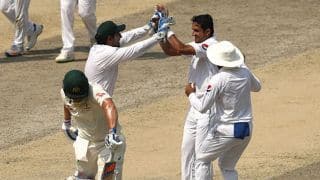 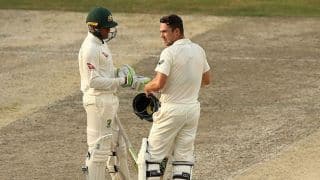