ENG vs AUS, 1st Test, The Ashes 2019, England vs Australia LIVE streaming: Teams, time in IST and where to

Full details of when, where and how you can watch and follow 1st Test of The Ashes 2019 between England and Australia at Edgbaston, Birmingham.

Australia head into the first Test at Edgbaston determined to complete “unfinished business” as they look to end their long record without a win at England’s ‘fortress’. You have to go back to the 2001 Ashes for the last time Australia enjoyed a a victory of any kind at the Birmingham ground. That winless streak across all formats at Warwickshire’s headquarters was extended to 15 matches when they lost to England in a World Cup semi-final earlier this month. By contrast, England have won their last 11 internationals at the ground. With England looking to regain the Ashes, and Australia not having won them on English soil in 19 years, Edgbaston appears to be the perfect venue for the series opener from the home side’s perspective.

World Cup-winner Jofra Archer will have to wait for his Test debut after the fast bowler was left out of the England side named Wednesday for the Ashes opener against Australia at Edgbaston. ALSO READ: Ashes 2019: Can Australia break 18-year winless streak at England’s fortress, Edgbaston?

The Barbados-born quick, who has been struggling with a side injury, was omitted from an original 14-man squad along with fellow pacemen Sam Curran and Olly Stone, who both featured in last week’s Test win against Ireland.ALSO READ: Ashes 2019: Being part of that think-tank is pretty cool: Ben Stokes proud to be England’s vice-captain again

With the series comprising five Tests in six weeks, England have opted for caution in how they handle Archer, even though he made a sooner-than-expected return to action with Sussex in a Twenty20 match last week. 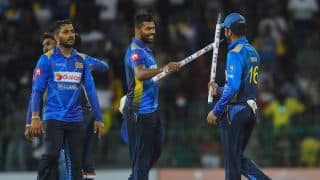 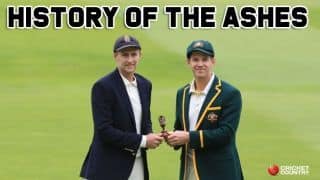