Speaking at an event in London, Morgan weighed in on a surface he knows plenty about in the capacity of Middlesex captain.

Speaking at an event in London, Morgan weighed in on a surface he knows plenty about in the capacity of Middlesex captain. The heat wave that has gripped England this summer has led to speculation as to how dry the Lord s surface will be, and Morgan felt two spinners was the way to go.

“Lord’s is a ground with a magnificent pitch, but with the way the weather has been, it is so difficult to keep the moisture not only in the pitch but actually in the square. I think it will be quite similar to Edgbaston. You will have to assume it will turn and probably reverse swing will play a big part as well, said Morgan, who has scored nearly 4000 runs across formats at Lord s, which is home to Middlesex.

India s most successful finger spinner in Test cricket with 417 wickets, Harbhajan Singh, echoed Morgan while being critical of the decision by Virat Kohli s team to play only one spinner at Edbgaston. “India made a mistake even at Edgbaston going with one spinner. They could have gone with Kuldeep Yadav instead of Hardik Pandya even at Edgbaston, where the conditions were dry, the wicket was dry, where you know the sun is going to be out, he said. “So, India, they didn’t read the conditions well. They went ahead choosing four fast bowlers and one spinner which didn’t help them. Though they bowled beautifully, all seamers, but Hardik Pandya didn’t bowl and didn’t bat as the team wanted him to. So why play him?”

According to Harbhajan, India should play the left-arm wristspinner Kuldeep alongside R Ashwin, who took seven wickets in the first Test, at Lord s this week.

“He will create chances. He bowls googlies, legspin with the left hand. On the first day, suppose India were to lose the toss and they are still bowling (at the end of the day), this guy will create chances on a good track. Right-hander or left-hander, Kuldeep is the guy because he (can) spin the ball both ways. 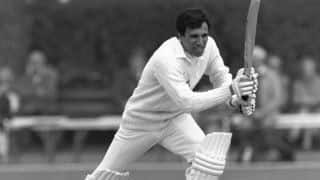