Allan Border had played 153 Tests without missing one, between 1979 and 1994. That record stood for 24 years before Alastair Cook went past him.

Pakistan were favourites when they arrived in Headingley for the second Test, against England. However, Alastair Cook created a new world record even before the match went underway. He has now set a new world record for the most consecutive Tests played for a single side (England in his case). Cook went past Allan Border’s erstwhile world record of 153 Tests: Border did not miss a single Test between March 10, 1979, and March 25, 1994.

It took Cook a much shorter span. After making his debut on March 1, 2006, Cook had missed 2 Tests before his third, which went underway from May 11. He is yet to miss a single Test since then. Here is the complete list.

– Brendon McCullum never missed a Test in his 101-match career; neither did Adam Gilchrist in his 96.

– AB de Villiers played 98 Tests since debut before missing one to attend his son’s birth.

– Garry Sobers played 85 consecutive Tests, and Ian Botham and Kapil Dev 65 each, the most among bowlers. Glenn McGrath played 54, while Nathan Lyon’s current run is of 56.

– Kapil never missed a Test due to injury. He was dropped once, midway through his career, causing in much furore. 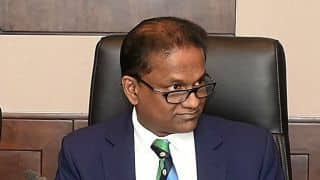 Sri Lanka Cricket president unhappy with government regarding action against board 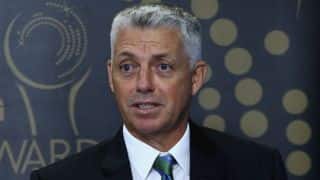