Teams from Dublin, Belfast, Amsterdam, Rotterdam, Glasgow and Edinburgh were due to play.

The inaugural Euro T20 Slam, a competition due to feature six city franchises based in Ireland, Scotland and the Netherlands, was postponed on Wednesday, just two weeks before it was due to start.

However, organisers say that the 2019 event has “reluctantly” been postponed.

“The Board of the Euro T20 Slam, funding partners and franchise owners of this exciting new T20 tournament have reluctantly come to the decision that staging of the event will not be possible in 2019,” said a tournament spokesman.

“We want to ensure that the inaugural staging of the Euro T20 Slam provides the best springboard to making this a truly flagship event on the global cricket calendar. As such, we believe the right course of action is to postpone the Slam to a further date. This will give us the necessary breathing space to ensure we are ready to go.”

The Euro T20 Slam teams were due to play each other in a series of 33 matches from August 30 to September 22, with fixtures taking place in Dublin, Edinburgh and Amsterdam. 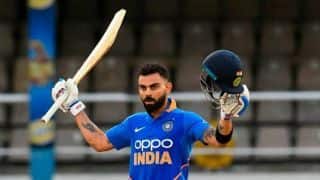 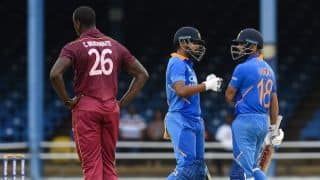