Fakhar Zaman reached this landmark in just 18 innings with an impressive average of 78.

Fakhar Zaman has made headlines again with yet another record which is by becoming the fastest player to record 1,000 ODI runs. It was against Zimbabwe in the 5th ODI that Zaman achieved this milestone. He reached this landmark in just 18 innings with an impressive average of 78. He is far ahead of Viv Richards, Kevin Pietersen, Jonathan Trott, Quinton de Kock, Babar Azam who got their in 21 innings. Zaman was only 20 runs short of reaching this landmark before the match.

Zaman made his ODI debut a year ago in the ICC Champions Trophy 2017, and grabbed eyeballs by smashing 252 runs in only four innings, including a 106-ball 114 in the final against India guiding Pakistan to victory. Since then there has been no looking back for him.

In this series Zaman has so far scored 60, 117*, 43* and 210* prior to the latest innings. He became the first player from Pakistan to smash a double-century. He is overall eight in the world to do so after Rohit Sharma (thrice), Sachin Tendulkar, Virender Sehwag, Chris Gayle and Martin Guptill. 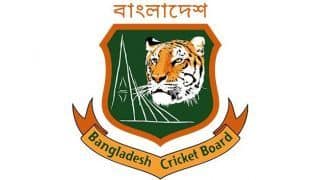