Greg Chappell must step aside as Australia selector with immediate effect: Simon Katich

Greg Chappell must step aside as Australia selector with immediate effect: Simon Katich

Chappell, who has been working with Cricket Australia in some capacity or the other over the last 30 years.

Chappell, who has been working with Cricket Australia in some capacity or the other over the last 30 years, is currently a part of the selection panel which comprises of Australia coach Justin Langer and Trevor Hohns. (ALSO READ: In rebuilding phase, Cricket Australia appoint Scott Grant as Chief Operating Officer)

Katich stated that it is difficult to move forward when you still have past there in those important roles .

When you know someone is going to shut up shop and finish up then this six-month waiting period – it’s probably a lost opportunity to move forward, Katich told SEN Radio. (ALSO READ: I d like to see Tim Paine appointed as the national selector: Ricky Ponting)

Australian cricket has been through so much in the last nine months. It’s hard to move forward in those important roles when you’ve still got the past there, said Katich before adding, It’s almost in a way similar to what happened with Pat Howard.

The Australian cricket has gone through a lot in recent times and there has been a lot of criticism over certain selections. And with the Ashes and 2019 ICC Cricket World Cup around the corner, Katich felt that it will be better to have someone new in the panel. (ALSO READ: Nathan Coulter-Nile slams Australian selectors for poor communication)

(Chappell s) opinions and views might be totally different to the next people they’re looking at to bring in, Katich said.

Do we have to sit and wait for another six months with those same views he’s going to have? They have been strong over a number of years in the game, are we going to keep going down that same track? concluded Katich. 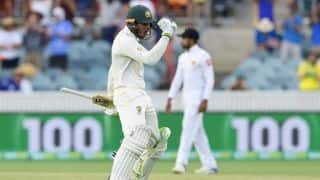 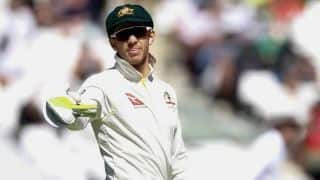