Tendulkar is not just an inspiration for his MI franchise but also several cricketers across the globe.

Born on April 24, 1973, India s most iconic batsman, Sachin Tendulkar, turns 45 on Tuesday. There is no record that he has not achieved under his name. He has been one of the batsmen who has changed the face of cricket. His batting comprised of perfect balance and precision.

By the age of 25, he already had 16 Test centuries to his name. The career graph of Tendulkar continued to soar: in 2000 he became the first batsman to score 50 international centuries, in 2008 he surpassed Brian Lara to become the leading run-scorer in Tests and in the next couple of years he scored 13,000 Test runs, 30,000 international runs and 50 Test centuries.

There were more records to come his way. He scored his first ODI double-century against South Africa in 2010 at Gwalior. Three years later he became the only cricketer to score 100 100s in international cricket. He has played an integral role in 2011 World Cup that the Indian team lifted after 28 years. Tendulkar then later decided to call it quits from international cricket after playing his 200th Test in 2013 Test.

He then played a crucial role for Mumbai Indians (MI) becoming the icon player of the side since the inception of IPL. He has captained the side in 55 matches. Today, he is an inspiration for every youngster in the MI squad.

Not just for MI, he remains an inspiration for several budding cricketers across the globe. The Master-Blaster had already a documentary released on him last year called Sachin: A Billion Dreams.

Indian skipper Virat Kohli is touted to be the next Tendulkar in the making. During Boria Majumdar s book launch Eleven Gods and a Billion Indians in Mumbai on Monday, Tendulkar made a small revelation. Tendulkar holds 49 ODI centuries. Kohli already has 35 under his belt. Tendulkar has promised he would take a bottle of champagne to Kohli if the latter breaks his record for most ODI centuries.

Sachin Tendulkar s Test debut: A moment India did not get to see

Sachin: A Billion Dreams borders on hagiography, sustains itself on nostalgia

The day Sachin Tendulkar walked off the field as a mortal

The Sachin Tendulkar inside us will never fade away

Brand Sachin Tendulkar: A history in commercials and branding

Man who had been calling for Sachin Tendulkar’s retirement goes into depression not knowing what to do now!

Sachin Tendulkar turns 43: An open letter from a diehard fanboy 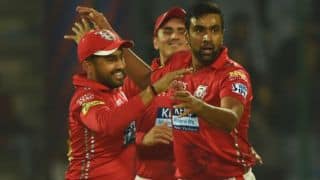 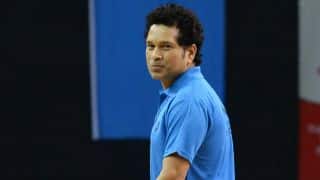