S Sreesanth on Monday chided Hardik Pandya and KL Rahul for their misogynist comments on an Indian TV show, but also said that India need the “match winner” duo for the upcoming ICC World Cup in England.

“I will only say that whatever happened was very bad, but the World Cup is around the corner. Both Hardik and Rahul are both good cricketers…,” Sreesanth told reporters in Panaji.

“I will only say to Hardik and Rahul, that surely they are both match-winners and sooner or later they will be back on the field. Yes, I know how difficult it is for a cricketer to miss the game and I just hope BCCI allows them to play, once they realise I am sure they should be playing where they should be playing,” the former India pace bowler added.

Sreesanth said that those who had erred worse than Rahul and Pandya had gotten away with it in the past and slammed them for targeting the duo now. “Yes, what happened was wrong. They said some wrong things. But there are others whose have made bigger mistakes than these, who are still playing and are in different fields not just cricket. The same people are speaking about this. When they see an opportunity they pounce on it like tigers,” Sreesanth said.

Sreesanth hoped that his ban on playing first class cricket in India would be lifted soon. “On top of that, if my ban gets lifted this month or next month, then I will be the happiest…,” he said, adding that if the ban is eventually lifted, he would like to test himself in first-class matches before taking a call on fighting for a chance to represent Team India again.

Sreesanth said that he would just walk away from the game if he realised that he is not up to scratch.

Sreesanth was arrested in a spot fixing scandal in 2013 and was banned for life. “If not, I will call it a day because a lot of youngsters are there and it will be great for Indian cricket as well as my Kerala state. I should not be hanging around because I am Sreesanth and the ban got lifted. I will be more than happy with all the respect. If I am not doing well, I will walk away from the game,” he said.

Speaking about his political stint, Sreesanth, who is with BJP, said that he would like to help the party ride on his popularity. “I will also use my popularity to lift my party. My party is like a family to me. I will work with them,” he said. 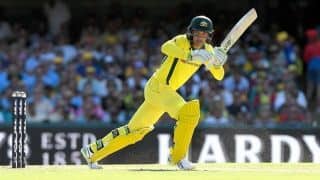 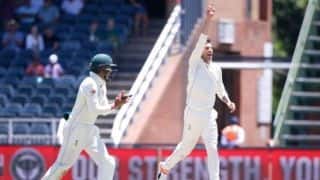