Prithvi Shaw, once primed for a bright future as an India opener, is now at the receiving end of many critics, specially in the wake of the doping ban imposed on him by the BCCI last month. The BCCI has handed him an eight-month ban for an ‘inadvertent’ doping offence.

The board, in its report release, stated that the Mumbai batsman had provided a urine sample as part of the BCCI’s anti-doping testing program during the Syed Mushtaq Ali Trophy match on February 22 this year in Indore. His sample was subsequently tested and found to contain Terbutaline, a banned substance by the World Anti-Doping Agency (WADA).

According to a report in the Times of India, Shaw has been left devastated by the recent turn of developments and has been hit by mental depression. In a bid to stay away from the ‘noise’, the youngster has jetted off to England on his own personal expense.

READ: Prithvi Shaw had no symptoms of cough or cold: Ex-Mumbai coach and physio 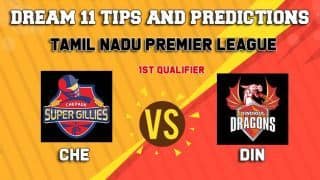