Rohit Sharma speaks for the first time amidst the reports of a rift between him and Virat Kohli.

“I don’t just walk out for my team. I walk out for my country,” tweeted Rohit Sharma on Wednesday after India captain Virat Kohli rubbished reports of rift between him and the star opener.

Ahead of the Indian team’s departure to the United States on Monday, Kohli categorically refuted rumours of a rift with his deputy Rohit saying “people feeding off lies” are being disrespectful to the players’ personal lives.

Coach Ravi Shastri too had rubbished the reports of differences between the two star players.

“In my opinion, its baffling. It’s absolutely ridiculous to read these kind of stuff, that comes out there. I have been to public events where we have been praised and here we are feeding off lies, overlooking facts, turning a blind eye to all good things that happened and creating fantasies and scenarios in our head. We want to accept that this is the truth,” Kohli had said.

After India’s ouster from the World Cup, stories of fissures in the Indian camp emerged with claims that Rohit and Kohli are not seeing eye to eye. 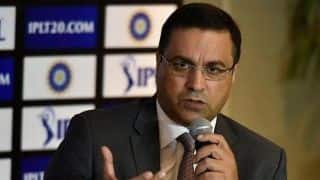