Amir is currently out of all three international formats, but Arthur has chalked out a road map for his return.

Pakistan s coach Mickey Arthur has backed Mohammad Amir for a return to the national team setup, stating that the fast bowler has a big future with the side and that he regularly watches videos of Amir bowling in domestic cricket and shares his feedback.

Amir was part of Pakistan s T20I side that won a tri-series in Zimbabwe in July, taking the most wickets as they beat Australia in the final, but he lost his place for the series against Australia this month. Before that, poor ODI form led him to be axed from the Test team that beat Australia 1-0 last month.

ALSO READ: Lack of confidence, physical exertion behind my loss of form – Amir

Amir is currently out of all three international formats, but Arthur has chalked out a road map for his return.

Mohammad Amir knows what he needs to do to get back into international cricket, the 50-year-old told pakpassion.net. I regularly speak to Amir and his coach in the domestic side who has done some good work with him. What he is doing now is following up on information that Azhar Mahmood and I have sent through to him. We monitor Amir s progress which includes looking at his recent videos from domestic games. Every time he bowls, we look at the videos and send our comments back to him.

ALSO READ: ‘Sarfraz Ahmed s workload as captain across formats not a concern’

Since returning to international cricket, Amir missed just one Test match until he lost his place last month on account of poor ODI form. Since Pakistan lifted the ICC Champions Trophy in England last summer, Amir managed three wickets in ten ODIs and was axed after five wicketless matches, three of which came during the Asia Cup last month. Amir s ODI bowling average this year stands at 100.66 and his strike-rate is a whopping 140.

After being axed and returning to domestic cricket, the 26-year-old stated that a lack of confidence and physical exertion was behind his loss of bowling form. Arthur, who has been with the Pakistan team since 2016, was hopeful that Amir returned soon.

Let s be clear about the fact that Mohammad Amir is a quality bowler, he has big-match temperament and I am hoping that we can have Mohammad Amir back in the fold, sooner rather than later provided he gives us the ammunition to pick him, said Arthur. It’s runs for batsmen which is the criteria for selection and similarly, it s wickets for bowlers which are important. If we can get Mohammad Amir swinging the ball again, getting though his action and be very comfortable with the hunger and desire to win games for Pakistan, then Mohammad Amir has a big future with the side.

After the third Test against New Zealand in Dubai next week, Pakistan travel to South Africa for a tour comprising three Tests, five ODIs and three T20Is. After that, they have a limited-overs assignment in Australia before flying to England in May. 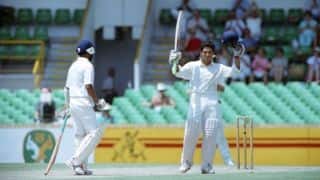 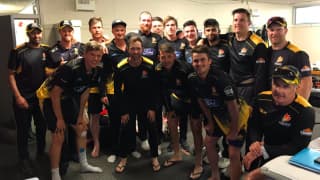