Mohammad Amir s ODI bowling average this year stands at 100.66 and his strike-rate is a whopping 140.

Pakistan fast bowler Mohammad Amir believes that a lack of confidence in his skills was behind his decline as a strike force in limited-overs cricket this year, which saw him dropped from all three formats over the past month.

Amir was part of Pakistan s T20I side that won a tri-series in Zimbabwe in July, taking the most wickets as they beat Australia in the final, but he lost his place for the series against Australia this month. Before that, poor ODI form led him to be axed from the Test team that beat Australia 1-0 recently.

In an interview with Cricbuzz, the 26-year-old said that failing in a sequence of ODI matches left him discouraged after exerting his body to its limits over since he returned from a five-year ban in 2016.

“I was feeling that I was lacking confidence. As a professional sportsman, the first thing that you lose is confidence when you realise you are unable to perform, he said. The skills remain the same even then. They are the same with which you had taken wickets earlier. But, when you are unable to perform for two, three, four games, you go down mentally and your confidence takes a hit which hampers your performance.

Since returning to international cricket, Amir missed just one Test match until he lost his place last month on account of poor ODI form. Since Pakistan lifted the ICC Champions Trophy in England last summer, Amir managed three wickets in ten ODIs and was axed after five wicketless matches, three of which came during the Asia Cup last month. Amir s ODI bowling average this year stands at 100.66 and his strike-rate is a whopping 140.

“It was both mental and physical [pressure] in my case. I was feeling that I needed rest as I was playing cricket regularly for the past three years. It is good for me that I am here [in domestic]. I can now enhance my skills and rebuild my confidence… So far everything is going well. I have been playing four-day matches and have also played one-dayers. I am feeling good and can feel my body recovering. I gave my body rest after the Asia Cup.

“No doubt, it is tough. There are a lot of factors. This is cricket and there’s no guarantee for us that we will get five wickets or three wickets every day. You look at both negatives and positives in cricket and you should know how to manage them. In one-day cricket you have to work on your skills more to increase the ratio of your wickets.

Amir also revealed that he had spoken to Pakistan skipper Sarfraz Ahmed, head coach Mickey Arthur and chief selector Inzamam-ul-Haq regarding his workload.

“I had a proper discussion with Inzi bhai, Saifi bhai and Mickey Arthur about my workload and we talked about every aspect of it. Playing three formats is not very easy for any fast bowler. Mitchell Starc just returned and got a niggle after playing just two matches. Nobody is superman, he said.

“Our discussions ended on a positive note as both Inzi and Mickey decided to manage my workload efficiently. There was no communication gap amongst us and there were very honest discussion about this… There’s so much cricket these days that it becomes very difficult for a fast bowler to recover and work on physical fitness. Sometimes the mental and physical fatigue keeps a batsman or bowler from delivering. As a professional, you have to be careful about your body: when you think that you need a break, you should take a break.” 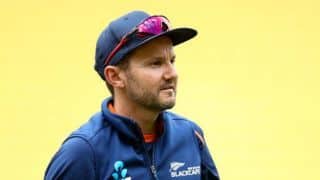