Smith is likely to return to the Australian team for the ODI series against Pakistan in March next year after serving three more months of his year-long suspension.

Smith is serving a one-year ban for his role in the scandal that forced a review of Australia’s cricket culture.

“I think back to Hobart when we lost there against South Africa (November 2016) and it was our fifth straight loss in Test cricket I think after three Tests in Sri Lanka. And I remember James Sutherland and Pat Howard coming into the rooms there and actually saying ‘We don’t pay you to play, we pay you to win’,” the 29-year-old Smith told ‘Fox Cricket’ host Adam Gilchrist in an interview.

While Sutherland resigned from his position as Cricket Australia (CA) chief executive after the incident, team performance head Howard was sacked last month after review by an independent committee.

In fact, Howard was one of CA’s investigation team members that questioned Smith and other players in the aftermath of the scandal.

“If you’re talking about cultures and stuff, you only have to look back a couple of months before South Africa and we won an Ashes series here in Australia 4-0 and people are saying the culture’s really good and everything’s good,” Smith said.

“So, you know, things can change really quickly. Obviously, events that happened in Cape Town make people say that the culture was really bad. People will have their own opinions on that. Personally, I don’t think it was a bad culture,” he added.

Smith is likely to return to the Australian team for the ODI series against Pakistan in March next year after serving three more months of his year-long suspension.

ALSO READ: I had to learn to forgive myself first before I could forgive other people: Full transcript of Cameron Bancroft’s latest interview with Adam Gilchrist

Even though Smith has been barred from holding any leadership role for one more year after his suspension, former captain Ricky Ponting backed the gifted batsman to return as skipper in future.

Smith, however, is not looking that far ahead and is just focussed on making his return to the Australian team.

“Look, it’s not something I’ve thought too much about at the moment,” Smith said about leading the team again.

“For me, it’s just about getting back and I’d love to play under Tim (Paine) in the Ashes and under Finchy (Aaron Finch) in the World Cup and, you know, I’d do anything to try and help them and help the Australian team play some good cricket and play the right cricket and have some success as well.

“That’s my ambition at the moment and I’m working forward towards that,” he added. 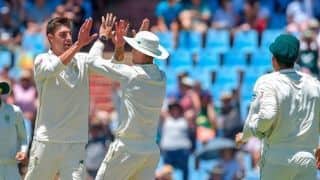 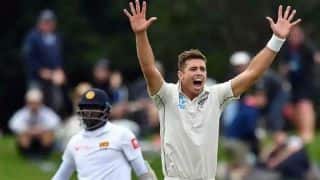