Ajinkya Rahane-led India A took 1-0 lead in the five-match one-day series after they beat England Lions in the first match in Thiruvananthapuram.

Ajinkya Rahane-led India A took 1-0 lead in the five-match one-day series after they beat England Lions in the first match in Thiruvananthapuram on Wednesday.

After put in to bat first, skipper Sam Billings unbeaten 108 and wicketekeeper-batsman Alex Davies 54 guided England Lions to 285. While Billings, batting at number four, hit 5 fours and 4 sixes in his 104-ball knock as England Lions scored 285, Davies, who opened the innings, hit 7 fours in his 64-ball stay in the middle. While Ben Duckett (23), Sam Hain (21) and Will Jacks all got the starts, the trio failed to make it count. (ALSO READ: Virat Kohli to be rested for last two ODIs and T20I series against New Zealand, Rohit Sharma named captain)

Danny Briggs (2/31) then gave England Lions two breakthroughs in a quick succession as Rahane and Hanuma Vihari (16 off 18 balls) dismissed in the same over.

Just when it looked that India A will lose out on the early advantage, Ishan Kishan (57 not out off 48 balls) and Krunal (29 off 25 balls) stitched a 60-run partnership. (ALSO READ: You have made my day with the great news: Sir Garfield Sobers tells Virat Kohli after sweeping ICC awards)

While Krunal was dismissed with India A needing 60 runs to win, Kishan stayed till the end to seal India A s three-wicket win.

The second game of the five-match series will be played on Friday. 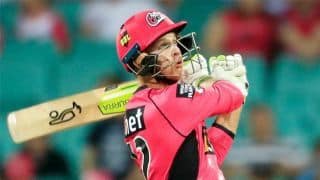 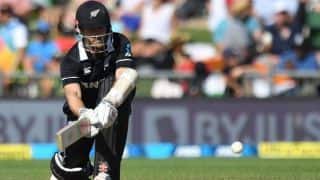