The decision to keep Shastri in charge of the team was taken by the three-member Cricket Advisory Committee (CAC) in Mumbai on Friday.

Ravi Shastri has been retained as coach of the Indian cricket team for a period of two years. He will continue to coach the Indian side till the 2021 ICC World T20 World Cup.

The six shortlisted candidates for the role of India’s head coach were interviewed by the Kapil Dev-led CAC today, with Shastri’s interview conducted over video conference as he is currently in the West Indies with the Indian cricket team.

Former India allrounder and captain Shastri, who was team director of India from August 2014 to April 2016, was in mid-2017 appointed its head coach for a two-year period until the end of the 2019 Cricket World Cup. He and the rest of his support staff batting coach Sanjay Bangar, bowling coach Bharat Arun and fielding coach R Sridhar were automatic entrants into the new application process, having been given a 45-day extension for the tour of the West Indies tour that started last week.

A call on the other coaching positions within the Indian team will be taken by chief selector MSK Prasad and the other selectors before August 19.

(READ: The six candidates being interviewed)

Under Shastri’s tenure as coach over the past two years, India won a landmark Test series in Australia and the country’s first ODI series win in South Africa, apart from lifting the Asia Cup in 2018. Other overseas wins include ODI triumphs in Australia and New Zealand earlier this year.

During Shastri’s tenure, India were beaten 1-2 in a Test series in South Africa and 1-4 by England in England.

At the 2019 World Cup, India went as far as the semi-finals where they lost to New Zealand by 18 runs.

India have played 32 T20Is (in bilateral series) under Shastri, winning 24 of those. 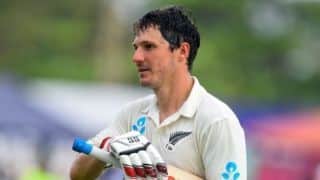