Ashwin was accompanied with team physio Patrick Farhart and trainer Shankar Basu to the SCG although this was not the official fitness test.

Ravichandran Ashwin is doing all he can to regain fitness ahead of the fourth and final Test against Australia which begins on Thursday at the Sydney Cricket Ground (SCG). On a day when the Australians had an optional training session on New Year s Day which saw only seven players make it to the ground, Ashwin was the lone Indian in the SCG nets.

The premier offspinner, who suffered a side strain during the opening Test at Adelaide which India won. Ashwin had claimed 6/149, his best Test match figures in seven Tests in Australia. He missed both the Perth and Melbourne Tests with the “left-sided abdominal strain”.

According to a report in ESPNCricinfo on Tuesday, Ashwin was accompanied with team physio Patrick Farhart and trainer Shankar Basu to the SCG although this was not the official fitness test.

“I think Ashwin’s very close to being match-fit,” Kohli had said.

“He’s been bowling a lot of overs, and I’m sure these next four days will make him even stronger. So regardless of it being the last Test match, he will be willing to push himself and start for the team but again it depends on what kind of pitch we get in Sydney.”

It all depends on the pitch the SCG has to offer. Tim Paine reportedly expected a dry pitch and if that s the case, India may go in with two spinners Ashwin and Ravindra Jadeja and play the extra batsman in Hardik Pandya in place of Rohit Sharma, who has flown back home to be with his wife, who recently delivered a baby girl.

Ashwin s verdict will be out on Wednesday. 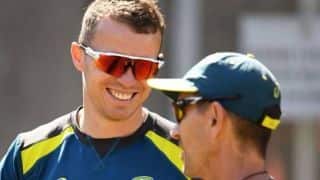 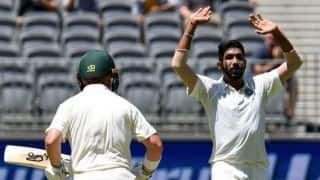