Pujara scored 521 runs with the help of 3 hundreds across 4 Tests as Virat Kohli-led India clinched their maiden Test series win in Australia.

Three hundreds across four Tests, 521 runs facing 1258 balls and bailing the Indian team out from positions where the match would have swung in Australia s favour on more than once. If the pace battery was pivotal to India s success in Australia, Cheteshwar Pujara was the bedrock of the team s historic Test series win in Australia. (ALSO READ: Cheteshwar Pujara is as intense in the mind as me: Virat Kohli)

Pujara s show during the recently-concluded Australia Test series made India the first Asian side to win a Test series Down Under after his struggles in the first half of the last year, including getting dropped in the first Test of the five-match series against Joe Root-led England side. (ALSO READ: Cheteshwar Pujara s batting in Australia was real gold stuff: Viv Richards)

Ravi Shastri, Indian team coach, discussed what happened with Pujara and how a quintessential professional turned it around. (ALSO READ: If criticism is agenda-driven, I will throw a punch back at the critic: Ravi Shastri)

He was in awesome form in Australia. That guy is a quintessential professional, but there are times in everyone’s careers when people go through speed breakers. And he was going through one. During that county stint he hardly got a run. Then, when we saw him at (nets in) Birmingham, there was a problem, which we told him to address. We gave him a week to address it. It would have been very easy for me to play him in that Test match after having told him that problem. But as a coach, I take the responsibility, and I said, rather than play, you work on it and address that problem. He did and the rest is history, Shastri told Cricbuzz. (ALSO READ: Never seen concentration like Pujara’s, including Tendulkar, Dravid: Langer)

In Nottingham, he got 72 runs and he asked me after batting in the nets the next day (about that problem), and I said you are going to get on a roll where in the next 6-7 Tests, you will get 3-4 hundreds. He has gone and done exactly that. I told him after the Australia series in Sydney, when he won man of the series, you took me damn seriously. I meant it, but you have taken it to a new level! added the Indian coach. (ALSO READ: Patient Cheteshwar Pujara surpasses Dravid, Sutcliffe for most balls faced in Australia)

Shastri also made it clear that the problem was not technical and did not creep in during India s tour of South Africa but during his county stint with Yorkshire.

It wasn’t a technical issue. It was in his posture and the way he stood at the crease. It was a small thing, which can happen when you have played day in, and day out. I felt it was an issue. As the team management we felt that was an issue and we needed that to be addressed considering that we still had to play eight Tests overseas. We had to factor in if we wanted to take the risk of that first Test or get him right for the next 7-8 Tests. Or, take that chance of playing in all 8 Tests and he doesn’t have enough time to sort that, said Shastri.

Shastri also did not hesitate to say that dropping Pujara from the playing XI for the Birmingham Test was not a difficult decision. While Shikhar Dhawan and Murali Vijay opened the innings in that Test, which India lost by 31 runs despite the Virat Kohli heroics, KL Rahul batted at number three.

Shastri went on to add that he won t be afraid to take such calls in the future before chipping in with a few more words of praise on Pujara, who then went back to Ranji Trophy following India s Australia tour and scored a hundred to take Saurashtra into the final. (ALSO READ: Cheteshwar Pujara taking pressure off Virat Kohli is massive reason for India s series win: Damien Martyn )

No. It was a conscious decision to leave him out so he works on that. And I will do that again if I get the results like the way I have. And the way Pujara is continuing in the Ranji Trophy, I feel like calling him from New Zealand and saying, enough Puji, take off your pads now and sit down! said Shastri. (ALSO READ: A daddy hundred: Cheteshwar Pujara s third century of the series draws huge praise on Twitter) 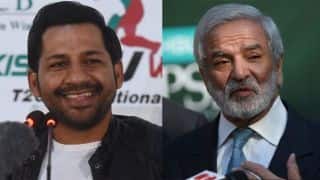 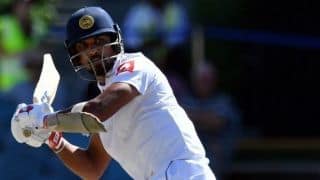