Laxman said that Mayank Agarwal, who scored 76 on debut in the MCG Test, was fearless and happy to play his natural game.

After 71 years and 12 attempts, India emerged champions on Australia soil after clinching the four-match Test series 2-1 on Monday. The hardwork which bore fruit in Australia stemmed not from their success in the first Test at Adelaide, but on their tour of South Africa last year.

According to former India batsman VVS Laxman, what also worked in India s favour was the contribution of youngsters like Rishabh Pant, Mayank Agarwal, Hanuma Vihari and Jasprit Bumrah, who has been a revelation in the Test series.

ALSO READ: This win is as big as the 1983 World Cup win: Ravi Shastri

Bumrah was the wrecker-in-chief in the series picking up 21 wickets to end the series as the joint-leading wicket taker with Australia offspinner Nathan Lyon.

Virat Kohli and Ajinkya Rahane both made contributions at vital moments, but what stood out for me was how a trio of young batsmen put their hand up, Laxman wrote in his column for the Times of India on Tuesday.

It wouldn t have been easy for Mayank Agarwal to walk straightaway into a Boxing Day Test and showcase his skills. He was fearless and happy to play his natural game. Hanuma Vihari might not have had the runs to show for his efforts, but he was excellent in doing everything that was asked of him. Rishabh Pant showed that he is a quick learner by making a sea-change to his attitude from the first Test to the last.

Laxman reserved special praise for Bumrah. Also, no praise can be too high for Jasprit Bumrah and the fast bowling group. This series victory will add a new dimension to Indian cricket. It will, I am certain, inspire young cricketers to view playing overseas in a different light, and aspire to emulate Virat s Class of 2019. After all, that s what you play the game for, he wrote.

Kohli and Co. achieved what no other Indian side has managed since they started touring to Australia in 1947-48.

I can t express in words how immeasurably proud I am of Virat and his team for having created history. It was my dream to be part of a winning side in Australia. I am delighted that I can live out my dream through the wonderful exploits of this team, Laxman said.

Particularly impressive was the character and resilience India showed in the aftermath of the big defeat in Perth. To bounce back after seeing their lead disappear necessitated digging deep and summoning reserves of mental strength. The boys did that commendably, and while it would have been wonderful to sign off with a 3-1 scoreline, I am sure they will gladly take the 2-1 result.

Another important cog in the Indian wheel was Cheteshwar Pujara s immaculate form. The Saurashtra batsman, who scored 521 runs in the series, including three centuries, was awarded the Man of the Series. His performance also saw him gain one slot to reach third position in the ICC Test rankings for batsmen which was released on Tuesday.

It was heartening to see Cheteshwar Pujara back at his best, taking up responsibility and batting with the patience and single-mindedness associated with him. In Pujara s ability to make a good thing count and tire out the opposition bowling is a massive lesson for youngsters, Laxman said. 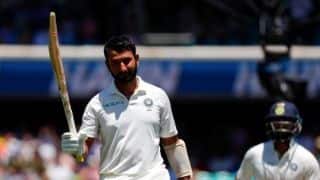 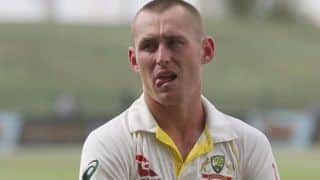