Aaron Finch was bowled for zero in Australia's first innings at Adelaide Oval.

Australian Test great Allan Border has advised against shunting Aaron Finch down the order after he failed to score in the home team’s first inning of the ongoing Adelaide Test with India.

Finch, Australia’s limited-overs captain, made his belated Test debut against Pakistan in the UAE this year and played as opener, scoring 181 runs in four innings with a best of 62. On Friday, Finch opened at Adelaide Oval and was out for a three-ball duck, prompting former Australia captain Ricky Ponting to questioned his place in the team as an opener.

Border’s concern was that putting Finch into the middle order for the second innings of the Adelaide Test could demoralise Finch.

“There have been plenty of calls for Aaron Finch to be dropped down the Australian order as soon as possible but I think that would send the wrong message to the 32-year-old,” wrote Border in his foxsports.com column. “He bats well in the middle order but if Australia moved him mid-match after he was selected as an opener – then he might start to think he s on a slippery slope out of the Test side.

“I think it s unlikely that the change will be made in any event, but Australia needs to accept it s already made the call for him to be its opener in this Test. It s fair to review his position for the second Test in Perth, but doing it in between innings is a big call.”

The selectors did not name a third opener in the squad for the first two Tests. The debutant Marcus Harris made 26 in his first innings, while Usman Khawaja reverted back to No 3. 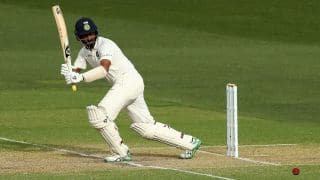 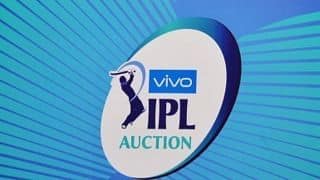