Without Smith and Warner, India could have a golden opportunity to break their series drought in Australia.

Superstar skipper Virat Kohli on Wednesday played down suggestions Australia are vulnerable after the ball-tampering scandal, as his India side try to win a series Down Under for the first time.

Australia begin the opening Test in a scorching Adelaide on Thursday on a run of poor form and without batting powerhouses Steve Smith and David Warner, who remain banned. Without them, India could have a golden opportunity to break their series drought.

But dangerman Kohli – who electrified viewers with viral footage of a pre-Test batting exhibition in the nets – said he was taking nothing for granted.

“I personally don’t think any Australian side is vulnerable at home,” Kohli said at his pre-match press conference, as he named a 12-man squad that included a recall for veteran opener Murali Vijay. “You cannot take any side for granted. Whatever happened, the skill level is still there. However much you talk or behave, it’s your skill that counts. They still have the skill to dominate at home. We’re not taking anything for granted.”

Vijay, who was dropped following a pair in the second Test against England this year, won back his place after promising young opener Prithvi Shaw was ruled out after suffering ankle ligament damage in a warm-up game. In the same match, Vijay hit a century and will face the new ball with KL Rahul.

India opted to hold back the naming of their final XI until the morning of the Test as they mull whether to play allrounder Hanuma Vihari or hard-hitting batter Rohit Sharma.

Ishant Sharma, Mohammad Shami and Jasprit Bumrah will lead their pace attack – ranked among the country’s strongest ever – along with offspinner Ravi Ashwin. Bhuvneshwar Kumar and Umesh Yadav missed out.

“The guys (bowlers) feel that they are at the peak of their skill levels at the moment and they are looking forward to this challenge,” said Kohli. “The bowlers are of the mindset that whatever the conditions or however hard it might be, they are just looking forward to performing.” 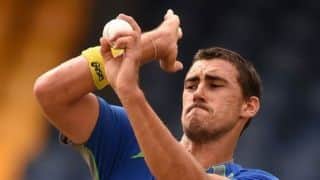 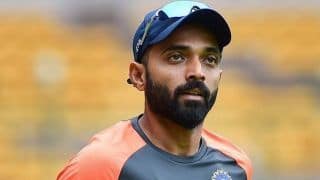