While Aaron Finch, the batsman, did not have much to cherish, Finch, the skipper, had a lot to be happy about after Australia beat India, chasing 359, in the fourth ODI in Mohali on Sunday. The win at the Punjab Cricket Association IS Bindra Stadium also helped Australia to level the series 2-2 with a game to spare. (India vs Australia, 4th ODI: SCORECARD)

Australia were off to a rocky start in the chase after Finch and Shaun Marsh were dismissed cheaply. However, Usman Khawaja, who brought up his maiden ODI ton during Australia s win in Ranchi on Friday, and Peter Handscomb, who scored his first ODI hundred in Mohali.

Finch lauded the Khawaja-Handscomb duo, who put in a 192-run partnership to help Australia make a comeback in the game.

I thought the partnership between Usman and Peter was crucial. To be able to get us deep was unbelievable. To get his (Handscomb) maiden hundred was outstanding, said Finch before adding, When we chased 300 totals in Australia, we were trying to go with the same process. The wicket was good, it wasn’t a panic. The plan was to take the game as deep as we could. (ALSO READ: 4th ODI: Peter Handscomb lauds pretty special Ashton Turner knock)

While Handscomb and Khawaja were pivotal in Australia s win, Ashton Turner, who was playing his second ODI, was equally important. The 26-year-old was drafted into the playing XI due to an injury to Marcus Stoinis and he played a match-winning knock of 84 (not out) 43 balls.

Finch was wholesome in his praise for Tuner and appreciated the way he took on two of the best-death bowlers in the world Jasprit Bumrah and Bhuvneshwar Kumar. (ALSO READ: We were sloppy in the field and should ve grabbed our chances: Virat Kohli)

Ashton playing his second game and playing a match-winning knock and Peter playing such a knock and Usman coming to form was wonderful. We have seen him do that a lot in Big Bash. It was a world class knock and to take on two of the best-death bowlers in the world was outstanding, concluded Finch. (ALSO READ: 4th ODI: Turner blasts 84* to power Australia s record chase)

Australia, who had beaten India in the two-match Twenty20I series, will now have a chance to register an ODI series win when the two teams take on in the fifth and final ODI in New Delhi on March 13. 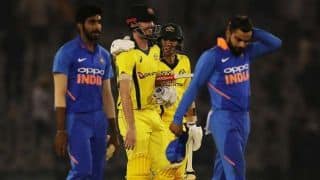 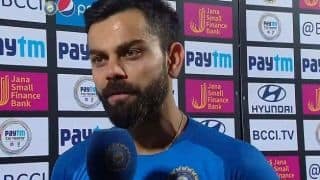